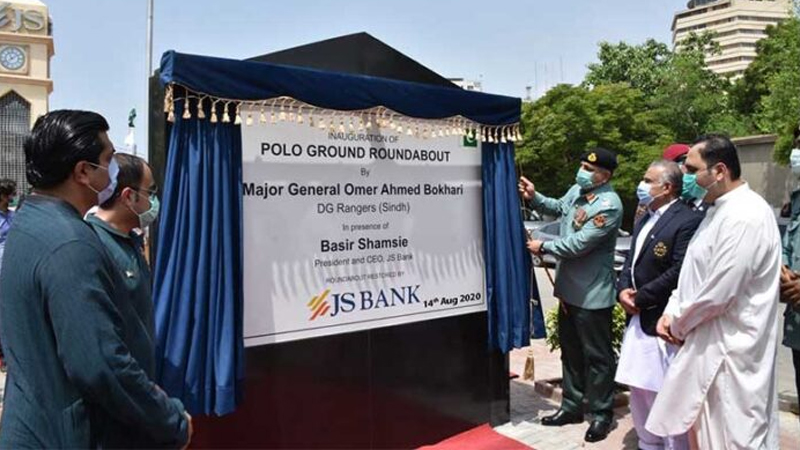 Committed to serving the community in which it operates, JS Bank has further added to the beauty of the ‘City of Lights’ through restoration of the Polo Ground Roundabout.

The Roundabout has been restored as part of the Bank’s commitment to beautify Karachi city through placement of visually pleasing and aesthetically appealing monuments.

Major General Omer Ahmed Bokhari, DG Rangers (Sindh), expressed his appreciation for the role the Bank has been playing as a leading financial institution that is deeply aware of its corporate social responsibility and duly acts upon it.

Speaking on the occasion, Basir Shamsie, President and CEO JS Bank, stated, “A city as progressive and vital as Karachi deserves our collective efforts to maintain its historic beauty. The restoration of this landmark is our way of giving back to the community and our fellow citizens. I would especially like to thank Major General Omer sahib for his support in making this initiative a success.