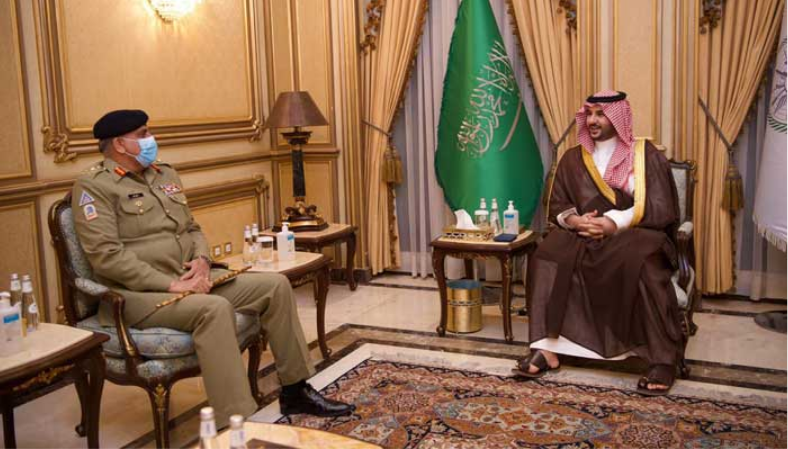 The army chief arrived in Riyadh on Monday and met the Saudi military leadership to discuss “military to military ties including training exchanges” according to the military’s media wing.

“Gen Bajwa was received by Saudi Arabia’s Chief of the General Staff of the Armed Forces General Fayyad Al-Ruwaili upon his arrival at the defence ministry,” the ISPR had said.

“During the meeting, prospects for military cooperation and ways to support and boost it were reviewed, in addition to matters of common concern,” the Saudi government had said in a statement.

The army chief is accompanied by Director-General Inter-Servies Intelligence Lt Gen. Faiz Hameed on his trip to Saudi Arabia.

Earlier, DG ISPR Maj Gen Babar Iftikhar had confirmed to Reuters that the army chief was travelling to Saudi Arabia, saying that the visit was pre-planned and “primarily military affairs oriented.”