Skip to content
You are here
Home > Others > Education > For the First, Pakistani Astropysicist Nergis Mavalvala Will Serve as a Dean at MIT 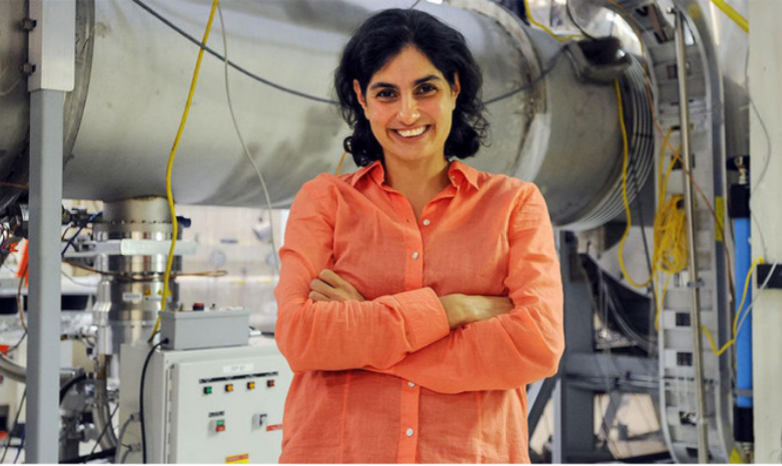 Pakistani American astrophysicist Nergis Mavalvala has been named the new dean of the prestigious Massachusetts Institute of Technology (MIT) School of Science in the United States, the first time a woman will serve as dean in the School’s history.

Mavalvala, the Curtis and Kathleen Marble Professor of Astrophysics, is renowned for her pioneering work in gravitational-wave detection, which she conducted as a leading member of LIGO, the Laser Interferometer Gravitational-Wave Observatory, MIT said on its website. She has received numerous awards and honors for her research and teaching, and since 2015 has been the associate head of the Department of Physics.

Mavalwala, who was born in Lahore and grew up in Karachi, will assume her responsibilities from September 01, 2020.
“We’re in this moment where enormous changes are afoot,” Mavalvala was quoted as saying on the MIT website. “We’re in the middle of a global pandemic and economic challenge, and we’re also in a moment, at least in US history, where the imperative for racial and social justice is really strong.”

Mavalvala earned a bachelor’s degree in physics and astronomy from Wellesley College, before moving to MIT in 1990 where she pursued a PhD in physics.

After completing her PhD work at MIT, Mavalvala went to Caltech in 1997 as a postdoc, studying the cosmic microwave background. In 2000, she joined on as a staff scientist at the LIGO Laboratory, where researchers were collaborating with Weiss’ group at MIT to build LIGO’s detectors. She spent two years with the Caltech team before accepting a position that took her back to MIT, where she joined the faculty in 2002 as assistant professor of physics.