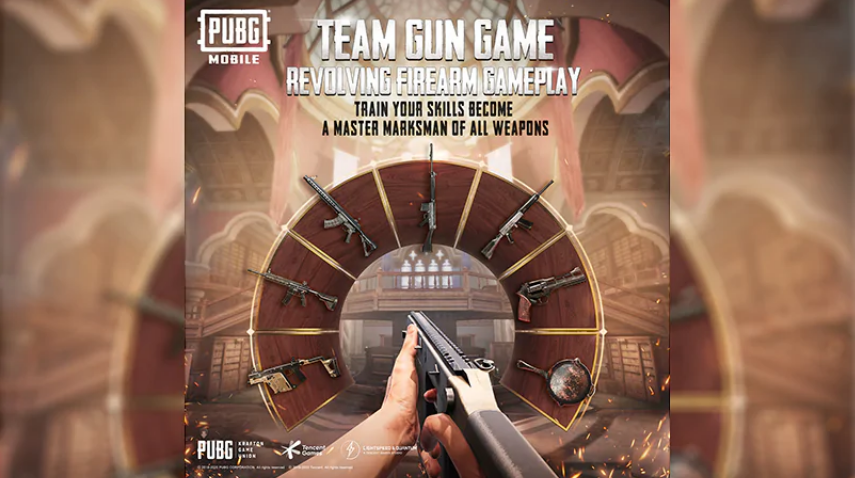 PUBG Mobile is coming up with an exciting event this weekend. Situated within the arena tab is a new map called the ‘Library’. This map will cater the team gun game event with more structural elements and tactics in store.

The new arena mode is 4 by 4 square shaped map with three assault routes. Two squads go head to head in this indoor map. From strategic positions including doorways or behind locations and delivering head shots that too with weaker weapons is the core of this gameplay. Basically, as the player kills, subsequently their weapons change which is a testament to their skills and weapon mastery.

The team to secure the first eighteen kills is the winner. The game starts with SMG’s like UMP45, UZI and Thompson and as the player progresses their weapon changes instantly. Players do not have the option to select their choice of weapon. There are sniper rifles, pistols and the crossbow and to the final showdown with a pan.

However, the new event will ensue the same dynamics, but to give you and your squad a head start here are a few tips to keep in mind. Until the event starts, make sure to practice playing Library arena mode. Not only this but try and use pistols, crossbows and pans during the first few minutes of a classic match too. The library mode is all about being smart and quick.

You do not have the option to choose from a range of weapons. But you can definitely spot a strategic position such as secret passageways and behind bookshelves.

Also, make sure your squad is in sync. While approaching areas which are being defended by your opponent’s then ensue caution. Have a back up member in tow to give you cover as well as counter attack. Staying in cover is the key.

Do not give your opponent the opportunity to shoot you. A few strategic kills are more important than getting killed and giving points to the opposing team. The event also has a few prizes and points in store so be prepared and make the most out of it.