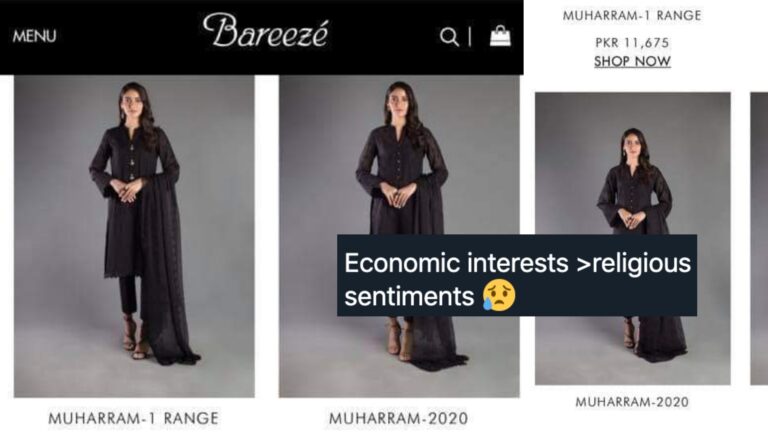 Bareeze, a well-known Pakistani clothing brand, has launched Bareeze Muharram Collection, which has been sold to the general public at a much higher price.

Muharram’s month is the beginning of the Islamic New Year. The Martyrdom of Imam Hussain and his entire family at the Battle of Carbala is a mourning of Muslims throughout the world. He was the Holy Prophet’s grandson PBUH.

Muharram has however been a business in Pakistan for several years for a number of clothing brands.

The month of Muharram is the month of grief as the family of Prophet Muhammad PBUH had been martyred mercilessly in the Battle of Karbala. So observe it, a number of Muslim wear black to show solidarity and sadness over this. But clothing brand, Bareeze saw it as an opportunity to make money by launching Bareeze Muharram Collection.