Skip to content
You are here
Home > New Alert > Amazon Announces Halo, a Fitness Band and App that Scans Your Body and Voice 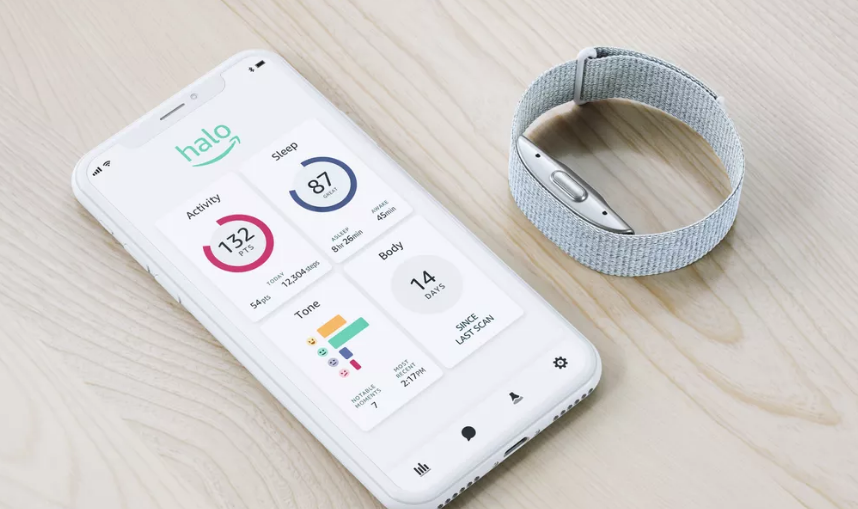 AmazonAmazon is getting into the health gadget market with a new fitness band and subscription service called Halo. Unlike the Apple Watch or even most basic Fitbits, the Amazon Halo Band doesn’t have a screen. The app that goes along with it comes with the usual set of fitness tracking features along with two innovative — and potentially troubling — ideas: using your camera to create 3D scans for body fat and listening for the emotion in your voice.

The Halo Band will cost $99.99 and the service (which is required for Halo’s more advanced features) costs $3.99 per month. Amazon is launching it as an invite-only early access program today with an introductory price of $64.99 that includes six months of the service for free. The Halo service is a separate product that isn’t part of Amazon Prime.

The Halo Band “is not a medical device,” Amazon tells me. As such, it hasn’t submitted the device to the FDA for any sort of approval, including the lighter-touch “FDA clearance” that so many other fitness bands have used.

TheThe Halo Band consists of a sensor module and a band that clicks into it on top. It’s a simple concept and one we’ve seen before. The lack of a display means that if you want to check your steps or the time, you’ll need to strap something else to your wrist or just check your phone.

The band lacks increasingly standard options like GPS, Wi-Fi, or a cellular radio, another sign that it’s meant to be a more laid-back kind of tracker. It has an accelerometer, a temperature sensor, a heart rate monitor, two microphones, an LED indicator light, and a button to turn the microphones on or off.

It communicates with your phone via Bluetooth, and it should work equally well with both iPhones and Android phones. The three main band colors that will be sold are onyx (black), mineral (light blue), and rose gold (pink-ish).

Amazon intends for users to leave the Halo Band on all the time: the battery should last a full week and the sensor is water resistant up to 5ATM. Amazon calls it “swimproof.”

But where the Halo service really differentiates itself is in two new features, called Body and Tone. The former uses your smartphone camera to capture a 3D scan of your body and then calculate your body fat, and the latter uses a microphone on the Halo Band to listen to the tone of your voice and report back on your emotional state throughout the day.

BodyBody scans work with just your smartphone’s camera. The app instructs you to wear tight-fitting clothing (ideally just your underwear) and then stand back six feet or so from your camera.

Then it takes four photos (front, back, and both sides) and uploads them to Amazon’s servers where they’re combined into a 3D scan of your body that’s sent back to your phone. The data is then deleted from Amazon’s servers.

TRACKING THE TONE OF YOUR VOICE

TheThe microphone on the Amazon Halo Band isn’t meant for voice commands; instead it listens to your voice and reports back on what it believes your emotional state was throughout the day. If you don’t opt in, the microphone on the Band doesn’t do anything at all.

Once you opt in, the Halo app will have you read some text back to it so that it can train a model on your voice, allowing the Halo Band to only key in on your tone and not those around you. After that, the band will intermittently listen to your voice and judge it on metrics like positivity and energy.