Skip to content
You are here
Home > Auto > Video: First Israeli Flight Takes Off From Tel Aviv Over Saudi Airspace to Abu Dhabi 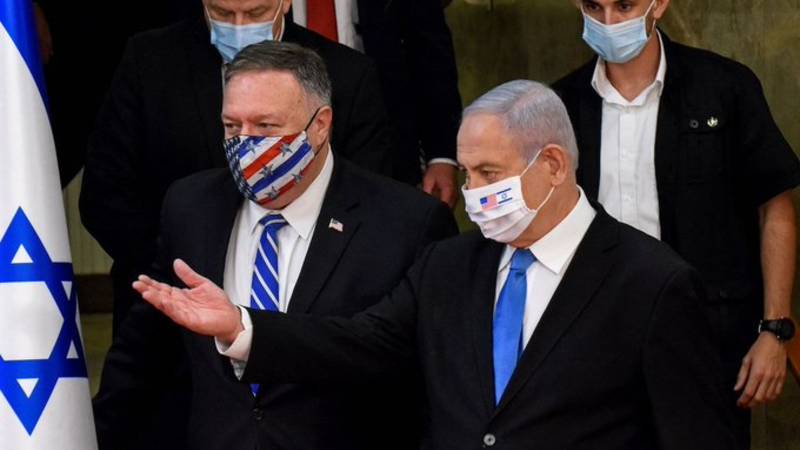 The El Al plane took off Monday from Israel’s Ben-Gurion Airport, in the first-ever direct commercial passenger flight to the United Arab Emirates.

The Israeli flag carrier’s flight marks the implementation of the US-brokered deal to normalise relations between the two nations and solidifies the long-clandestine ties between them that have evolved over years of shared enmity toward Iran.

ELAL Captain of #PeaceFlight0971 delivers message of hope for many more such flights in our region.

Saudi Arabia, which does not have diplomatic relations with Israel, has given permission for the El Al Airlines Boeing 737 to fly over its territory en route to the UAE’s capital of Abu Dhabi, a source familiar with the flight plan told the Associated Press.

With the US as matchmaker, Israel and the UAE agreed earlier this month to work toward normalisation with a proviso that Israel freezes its intent to annex West Bank territories. This makes the UAE the third Arab nation to have full relations with Israel, after Egypt and Jordan.

“While this is a historic flight, we hope that this will start an even more historic journey for the Middle East and beyond,” Kushner told reporters before boarding the plane.

Meir Ben-Shabbat, Israel’s national security adviser and head of the Israeli delegation, said he was excited about the trip and that the aim was to lay the groundwork for cooperation in areas like tourism, medicine, technology and trade.

“This morning the traditional greeting of ‘go in peace’ takes on a special significance for us,” he said.

The El Al flight, numbered LY971 as a gesture to the UAE’s international calling code number, is expected to fly over Saudi Arabian airspace.

El Al spokesman Stanley Morais said the 737-900 is equipped with a missile-defense system, a standard feature on these types of planes and a requirement for this flight. After grounding its fleet due to the coronavirus, it is the airline’s first flight since July 1.

The plane was decorated with the words for peace in Arabic, Hebrew and English above the pilot’s window. Journalists were handed special face masks decorated with the Israeli and Emirati flags. The seat protectors said “Making History” in all three languages, and Israeli folk music played in the background.

The plane’s captain, Tal Becker, said he has not worked for several months and received a call out of the blue asking him to prepare for the flight. He said it took about a week to get up to speed.