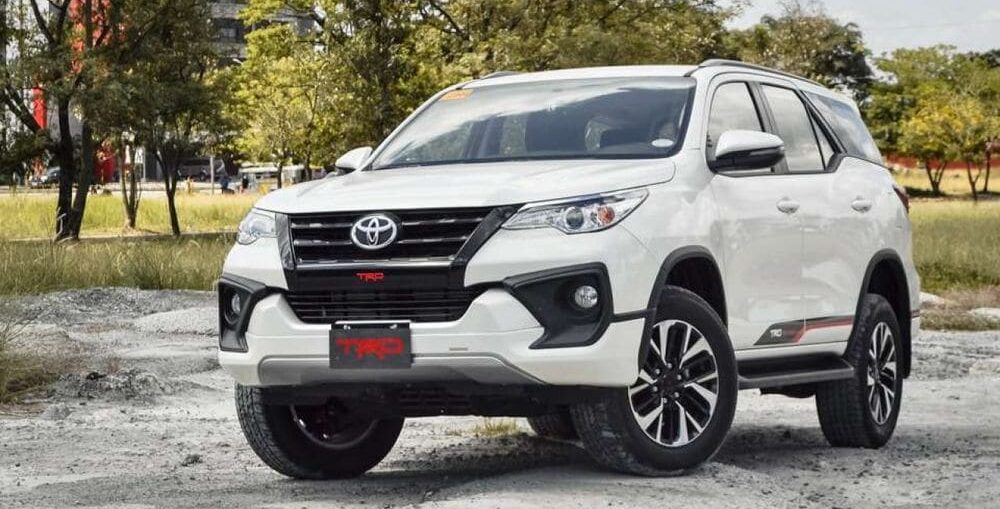 The 4th edition of Fortuner, called Fortuner TRD, has been released by Toyota Indus Motors (IMC), with slight outside changes. The SUV had been known as Sigma4, FortunerV and FortunerG three earlier variants.

The new SUV has front and rear bumper TRD spoilers, along with the power back door button, and comes with 18-inch alloy rims. These are the only additional upgrades introduced by the company in this variant. Furthermore, the rest of the features and specs of TRD are more or less similar to the old variants.

The new variant comes with a 1-GD engine mated with 6-speed automatic transmission. According to the company, the latest developed engine gives an exceptional accelerated performance.

Like Fortuner G, TRD comes with old-style analog meters, dual-zone auto AC, sunglasses holder, and smart entry and smart system. Toyota Motors have installed leather seats in the car to give an executive look to the interior. Furthermore, the SUV has ample cooling storage in the dashboard for longer journeys.

Interestingly, the company has been including the price of TRD in old price lists. According to a price notification of April 2022, the TRD costs Rs9.39 million. As per our sources, the price of this variant is still the same. However, it is pertinent to mention that it is an ex-factory price.

Furthermore, our sources said IMC has not notified the dealers officially about this launch. The dealers haven’t received any notification about this car’s booking either, the sources said.