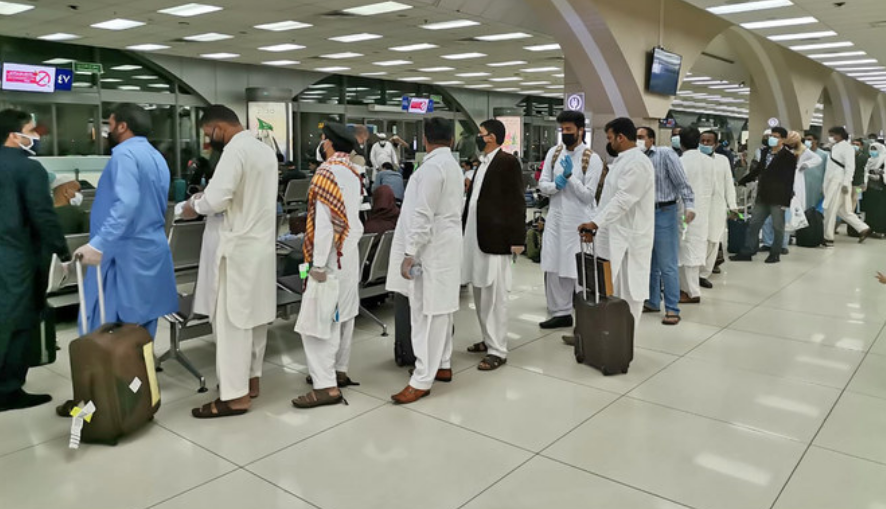 Pakistan’s ambassador to Saudi Arabia Raja Ali Ejaz on Tuesday welcomed the Kingdom’s decision to extend the validity of reentry visas and residency permits for foreign workers stranded in other countries due to coronavirus lockdowns, saying it would especially benefit Pakistani workers.

Saudi Arabia’s General Directorate of Passports has announced free visa and residency permit extensions for foreign workers who were abroad when the pandemic began and could not return to the Kingdom due to travel restrictions and flight closures that were imposed to prevent the spread of the virus. Their travel permits expired in the meantime and it would have taken them months to get costly extensions.

“This is a very welcome step by the Saudi government,” Ejaz told Arab News in a phone interview. “A large number of Pakistani workers, approximately in their thousands, are still struck in their country and will benefit from this facility to return to work in the Kingdom.”
He said the facility would benefit all legal residents of Saudi Arabia who could not return to the Kingdom before the lockdown was imposed and

would be especially welcomed by Pakistani workers.
“Pakistanis constitute one of the largest overseas communities in Saudi Arabia, almost comprising 2.5 million people,” Ejaz said. “This step will help minimize their anxiety since many of them can now come back without any legal complications. It will especially help unskilled manpower like construction workers and laborers.”

The Pakistani envoy added that the Kingdom was gradually returning to economic normalcy and Pakistani workers would hopefully be able to regain their jobs and avail new opportunities.
“As of now, things are much better than two months ago,” he said. “This [new facility] will definitely help those in our community who were sent on forced or unpaid leave since they will be able to rejoin their work.”