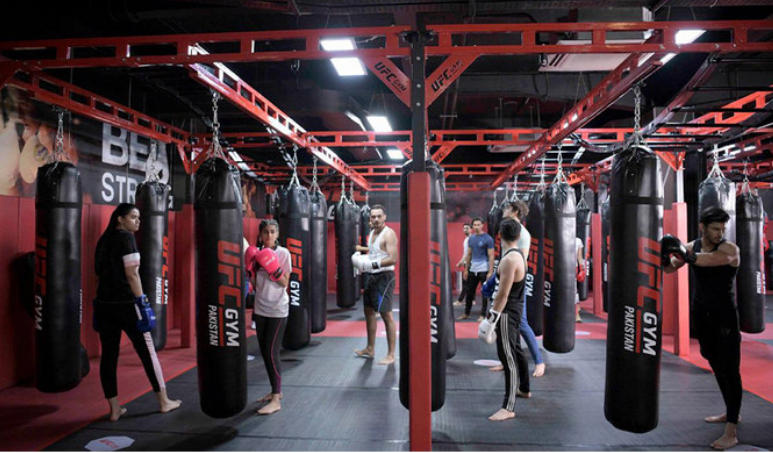 A renowned global fitness platform run by the Ultimate Fighting Championship (UFC) has opened its largest facility in the world in the Pakistani city of Lahore and plans to expand its operations to other urban centers soon, media representatives for the gym said on Thursday.

UFC Gym was founded in 2009 by the Ultimate Fighting Championship, an American mixed martial arts (MMA) promotion company based in Las Vegas, Nevada. It is considered the largest MMA promotion company in the world and features some of the highest-level fighters in the sport on its roster.

UFC Gym currently has facilities in 13 countries across the globe, including Australia, Canada, the United Kingdom, the United States and others.
Last Sunday, the gym launched its Lahore branch in a ceremony attended by the governor of Punjab and television and film celebrities.