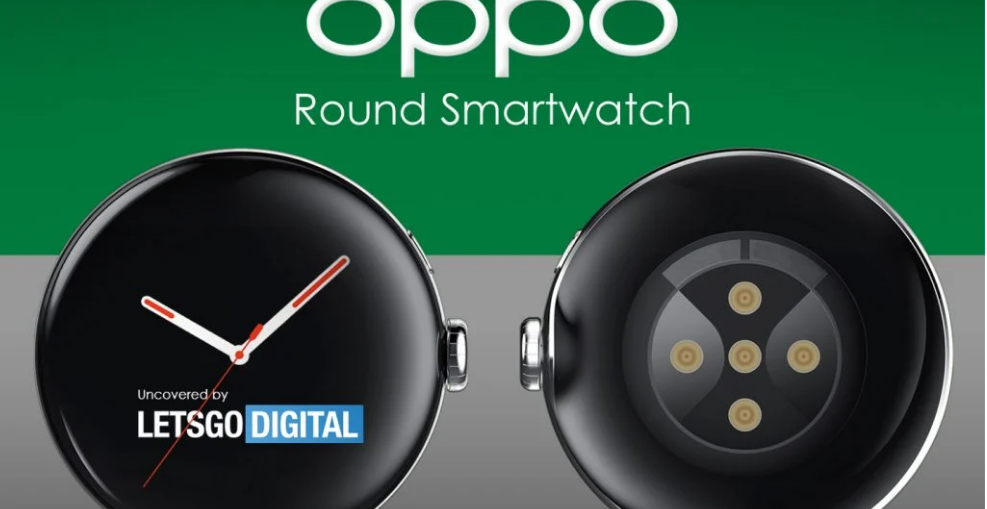 Oppo, the known smartphone manufacturer, has recently patented a new smartwatch. This new wearable features a round 3D curved display along with a digital crown. It might be the next iteration of the company’s Oppo Watch.

The Oppo Watch launched with a 3D curved display back in March 2020. However, it didn’t feature a circular display but a rectangular one. This made many draw similarities with the Apple Watch. So, the Chinese tech giant might be trying to distance itself from being a mere clone. The patent was filed back in 2019 with the CNIPA (China National Intellectual Property Administration), which was published earlier this week.

According to a LetsGoDigital report, the Oppo smartwatch in the patent features a rounded display built on a rectangular housing. On the bottom, numerous sensors can be observed, which are likely to monitor heart rate and more. The sides feature a button and a digital crown that are necessary for basic controls. Unfortunately, it is still unknown if the company is planning on actually launching such a wearable gadget or whether it is just covering all bases.

Three variations of the smartwatch were patented, with the first featuring a rounded 3D curved display on a rectangular housing while others sported a more square shaped flat display. This might be for a more affordable variant. The last one was a fully rounded 3D curved display but built upon a circular housing, with a unique looking aesthetic that would probably be paired with kinds types of straps.