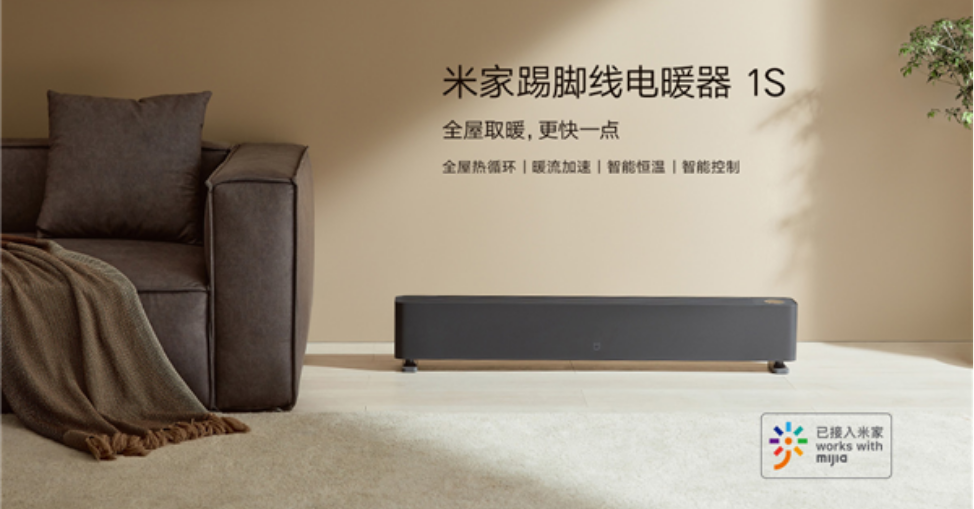 Going by the name, the new electric heater is likely just a slightly upgraded version. It carries a slightly higher 699 yuan ($103) price tag compared to the first-gen model which was sold for 599 yuan (~$88) price tag. However, the product is presently on pre-sale on Mi.com for 599 yuan (~$88). Let us take a look at the features.

The MIJIA Baseboard Electric Heater 1S bears the same design and specifications with the previous generation model. It also comes in black colour only which seems to be one of the differences with the first model which was available in white only.

In terms of the build, the electric heater is made of aluminium. Power is automatically cut off when the body is tilted which is a safety feature. The gadget equally shuts down automatically when the temperature is too high, reducing the risk of flammability.

The electric heater adopts a windless convection heating system and is equipped with 127 dragon-scale radiating fins and double heating tubes. The heater can quickly heat up immediately after it is powered on. Heat circulates naturally through radiation and while doing so, dust won’t be generated easily and it reduces the indoor air moisture as well.

In addition, the MIJIA Baseboard Electric Heater 1S has an LCD touch screen which can be used to control the device. The heater can equally be controlled from anywhere deploying a XiaoAI Voice Assistant-powered device and also via the MIJIA app.