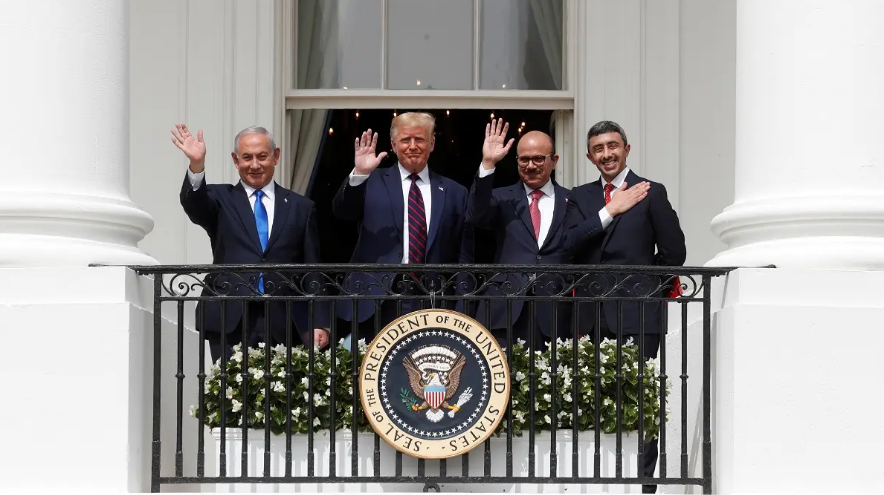 News channels from the United Arab Emirates, Bahrain and Israel shared a live broadcast for the first time in history after the two Arab Gulf states signed treaties normalizing ties with Israel on Tuesday.

“After the signing of the peace deal between the United Arab Emirates and Israel, we witness the first TV broadcast of its kind between an Emirati channel, Dubai TV, an Israeli channel, Channel 12, and a Bahraini channel, Bahrain TV,” Dubai TV presenter Mohammed al-Kaabi said at the start of the broadcast.

The UAE was the first Gulf country, and the third in the Arab world, to normalize ties with Israel, and Bahrain announced shortly after it would follow the UAE’s lead.