Skip to content
You are here
Home > New Alert > WhatsApp in Final Stages of Testing for its Multiple Device Support Feature: Report 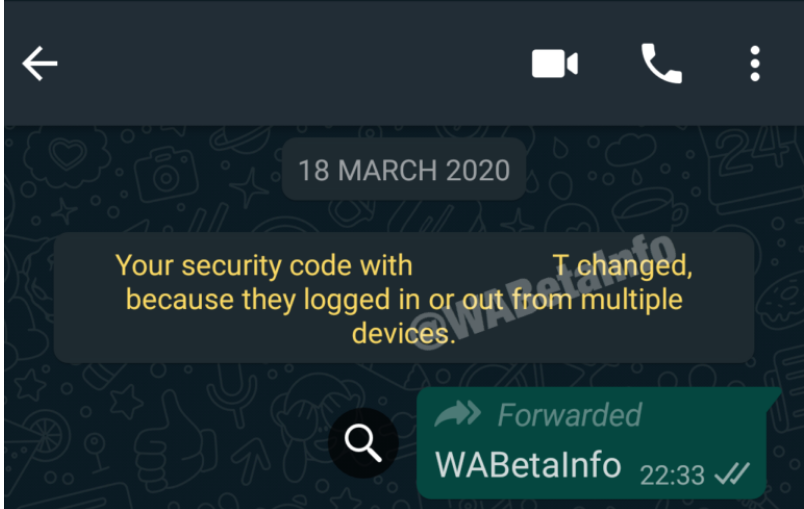 Previously, we had reported on WhatsApp, the popular messaging platform, working on a multiple device support feature for the same account. Now, a new report suggests that the company has reached the final stage in testing for the new feature.

According to a WaBetaInfo report, WhatsApp is in the final stages of a new feature that might be very useful to many users. The social media giant is working to bring support for up to 4 different devices that can run from a single WhatsApp account. This is something extremely useful, which might also benefit WhatsApp Web users, who would not have to rely on their primary phones to have an internet connection.

Furthermore, WhatsApp is also planning on building a new UI for the desktop client, which will showcase how the chat history is migrated and that the process is end to end encrypted. Apparently, a few features of the new update are still not ready, but the company has rolled out the more important ones like syncing various aspects chat history across multiple devices, muted chats, and even syncing starred/delivering messages.

However, this feature is currently in beta testing but users can opt in to try out this feature a bit early. The new feature is called “Linked Devices,” which enables all other linked devices of your account to work without an internet connection on your primary smartphone or main driver. This is still under development and users can also choose to opt out of the beta testing. Keep in mind, that entering into the beta testing will have all previous linked sessions be terminated since they are built on the old/current stable system.