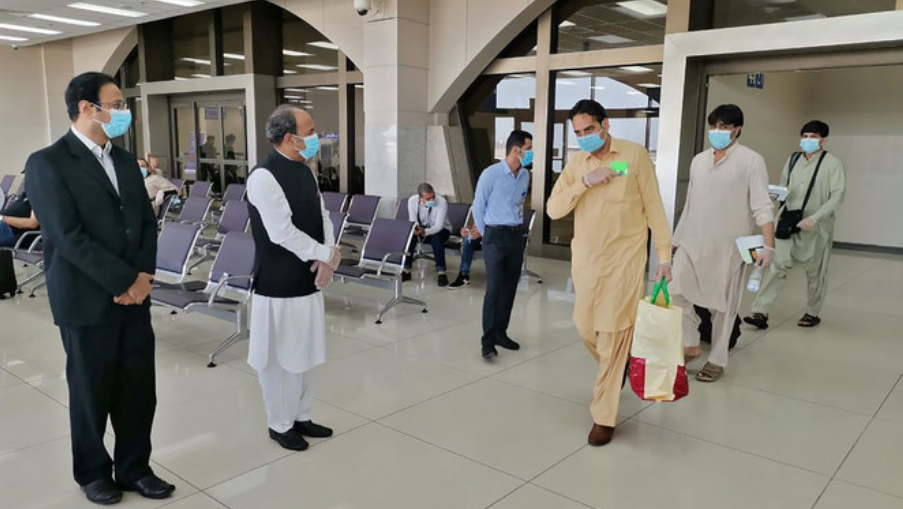 Pakistani foreign ministry spokesperson Zahid Hafeez Chaudhri said on Thursday Saudi Arabia had permitted Pakistani nationals to be able to get extensions in their iqamas, or work permits, from the Kingdom’s embassy in Islamabad.

“Saudi authorities have confirmed to us that now iqama holders can get their iqamas extended even from the Embassy of Saudi Arabia in Islamabad after the requisite approval of their kafeels,” the spokesperson said, referring to sponsors, which he said could be private individuals or companies.

“If the kafeel is a company, then company will channel iqama extension request to the Saudi Embassy, Islamabad through the Saudi Foreign Office,” Chaudhri explained. “In case the kafeel is a private person, iqamas can be extended through an online website called ‘Abshar’.”

He said the foreign ministry had recently been flooded with queries regarding the extension of Saudi visas, as many were set to expire on September 30.

“To extend full support to such Pakistanis, the Foreign Office took up the matter with the Saudi Authorities both for extension of iqamas as well as additional flights from Pakistan to Saudi Arabia,” the foreign ministry spokesperson said.

He said Saudi authorities had cleared 47 out of 118 PIA flights for the month of October.

“The clearance of remaining flights is under process,” he said.

The prime minister’s special assistant on overseas Pakistanis, Sayed Zulfikar Bukhari, had recently discussed with Saudi Arabia’s deputy labor minister, Abdullah bin Nasser Abuthnain, the possibility of increasing the frequency of flights to the kingdom to allow more Pakistanis to return to their workplaces and homes on time.

Saudi Arabia is home to over three million Pakistani expats.