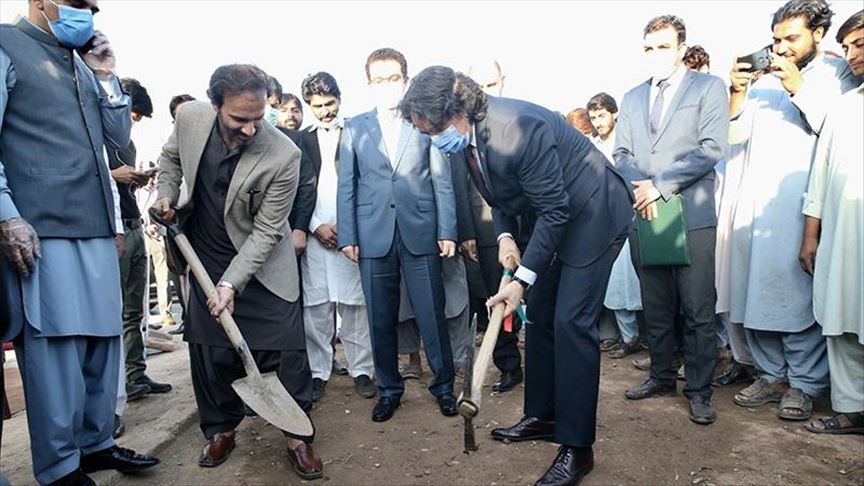 Turkey’s state-run aid agency will build a model shelter home for needy people in the capital city of Pakistan, said an official on Wednesday.

The shelter home will be constructed at Tarnol area near Islamabad.

“It will be one of its kind and will be completed quickly… Looking forward to its inauguration with PM Imran Khan,” Turkey’s Ambassador to Pakistan Ihsan Mustafa Yurdakul tweeted.

A day earlier, the ground-breaking ceremony for the construction was also held at the site which was attended by Yurdakul, Gokhan Umut, the head of Turkish Cooperation and Coordination Agency (TIKA) in Islamabad, Aon Abbas Buppi, managing director of Pakistan Bait-ul-Mal (PBM), and other officials at Tarnol.

According Buppi, the facility being constructed by TIKA, would provide shelter to poor daily wage workers and needy persons.

“We are thankful to the Turkish government, ambassador and TIKA management for this project where over 400 people will get dinner on daily basis while around 100 poor people may get bed and breakfast daily in the Panahgah,” he said.

Separate rooms for women, families and a mosque will also be constructed in the premises of shelter home, he added.

TIKA’s Islamabad head assured the Pakistani government that the organization would continue to support their Pakistani brothers and sisters
“TIKA prioritizes the social development policies/strategies of the countries in which it works. We are pleased to contribute to a policy initiated by Prime Minister Imran Khan, by establishing a Panahgah [shelter home] in Tarnol, Islamabad,” Umut wrote on Twitter.

TIKA has realized many projects in the fields of education, health care, agriculture, vocational training and water sanitation in Pakistan.