Skip to content
You are here
Home > Life > “Jerusalem is Ours!” What’s Behind Turkey’s Astonishing Claim 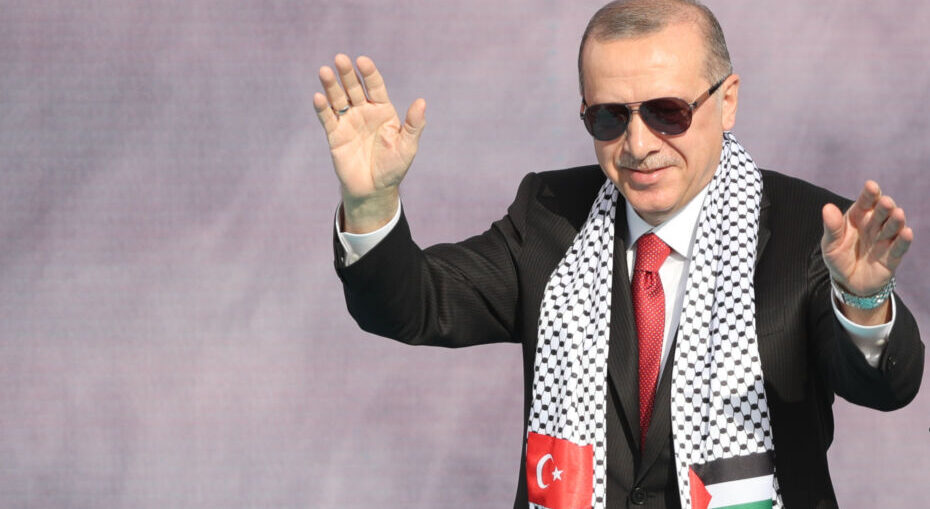 Turkey is becoming more hostile to Israel by the day, meddling in internal Israeli matters such as the situation in Jerusalem and Israeli politics in the Jewish communities in Judea and Samaria.

This development can be attributed to Turkey’s hot-headed leader of President Recep Tayyip Erdogan, the man who has now held power in Turkey for more than 17 years.

Last week, during a session of the Turkish parliament, Erdogan called Jerusalem “our city” and claimed that the Palestinian Arabs had lived in “Palestine” for “thousands of years.”

By “our city,” Erdogan meant that Jerusalem should actually be part of Turkey because the Turks occupied what is now Israel during the 400 years that the Ottoman Empire existed. It was new clear evidence that Erdogan is dreaming about, but also actively working on the resurrection of the Ottoman Empire.

“In this city that we had to leave in tears during the First World War, it is still possible to come across traces of the Ottoman resistance. So Jerusalem is our city, a city from us,” said Erdogan.

The Turkish leader also stressed that Turkish Muslims pray in the first place in the direction of the Al-Aqsa Mosque and the Dome of the Rock in Jerusalem and only then towards Mecca and Medina in Saudi Arabia.

Dome of the Rock

“Our first qibla (direction of prayer in Islam) is Al-Aqsa and the Dome of the Rock. They are the symbolic mosques of our faith,” said Erdogan, who admitted that there are also holy places for Christianity and Judaism in Jerusalem.

“Another crisis that our country and our nation carefully follow is the oppression of Israel against the Palestinians and the indifferent practices that disregard the privacy of Jerusalem,” Erdogan said at the end of his speech.

“We see it as an honor as a country and nation to express the rights of the oppressed Palestinian people, with whom we have lived for centuries, on every platform,” Erdogan said, addressing the Palestinian cause.

“He called the Palestinian national cause “the bleeding wound of global conscience, and the Jerusalem case to the end.”

He further referred to the fact that the Ottoman Sultan Suleiman built the current walls around the Old City of Jerusalem as well as other buildings in the city, which he said was a sign that the Turks held the city in high esteem.

The Israeli government was silent on Erdogan’s incendiary speech, apparently in order not to further escalate tensions with Turkey.

Under Erdogan’s regime in Turkey, relations with Israel have deteriorated dramatically and one can now only speak of trade relations. Many of the goods sold in Israel come from Turkey, while Israelis visited Turkey in hordes before the Corona crisis to have a vacation.

Erdogan is also trying to gain more Turkish influence in the Wakf, the Islamic custodian that runs daily affairs in the mosques on the Temple Mount, something that has so far failed because Jordan is vehemently opposed to it.