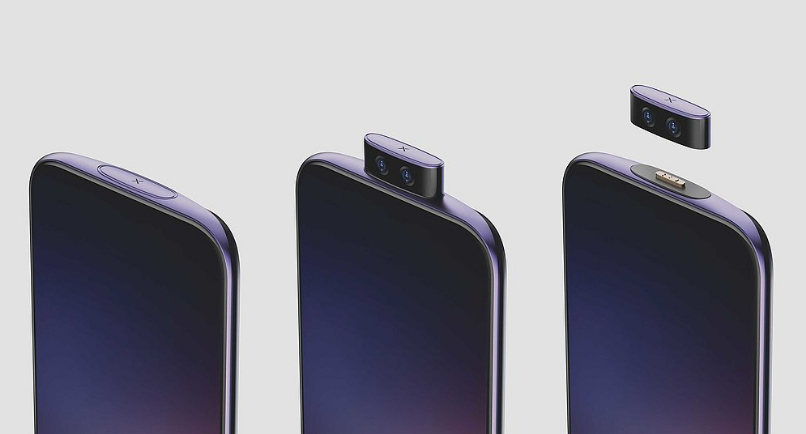 Vivo has always been at the forefront of smartphone design, especially when it comes to camera innovation. This year’s Vivo Apex pioneered the under-display selfie camera, taking the lead from its predecessor, which was the first to introduce us to pop-up cameras.

Now Vivo is once again stealing the limelight with a new kind of smartphone camera — one that can be detached from the phone’s body.

Vivo’s new concept device with a detachable front camera is called the IFEA. It’s won the Red Dot Design Award (h/t Gizmochina) for its modular selfie camera that can be used as an independent device. From the looks of it, you can probably detach the camera unit from the main phone body and use it remotely.

According to its description on the Red Dot website, the detachable camera can be controlled using voice commands. Red Dot’s product summary further reads as follows:

IFEA has multiple accessories and support mechanisms with different modes to increase stability and storage. As a result, videos can be captured while walking or during sports, without any compromise to the visual stability. The device can be used seamlessly with the smartphone’s original camera.

Besides the image showing the detachable selfie camera, there’s another one on the Red Dot website that shows the display and the back of the Vivo phone. As expected, The screen is seamless, sans any notches or punch holes. There’s a multi-cam setup at the back as well, suggesting that Vivo will not make the selfie camera multitask as the primary camera of the phone.

It’s unclear how Vivo plans to use this new modular camera design. Will it allow users to switch selfie camera modules, or can you simply detach the one on the phone for remote usage?