Skip to content
You are here
Home > Uncategorized > Last Warning: City Administrator Proposes Rs1,000 Fine for not Wearing a Mask in Public 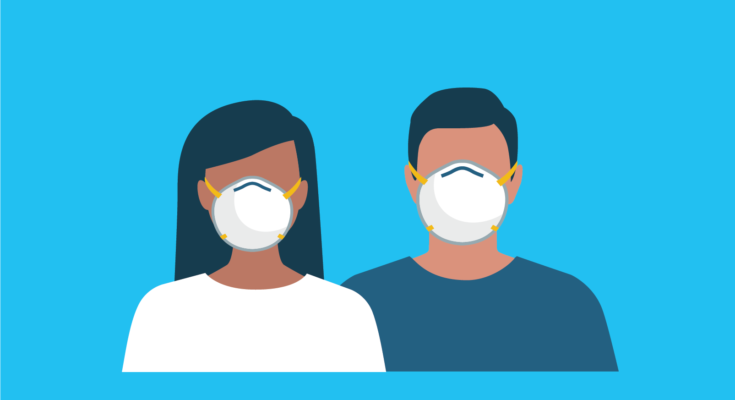 Keeping in view the growing number of Covid-19 cases in the current month, Karachi’s administrator has proposed a fine of Rs1,000 for those who do not wear a mask in public places.

“Covid-19 cases have started rising in the country, especially in Karachi, so in order to contain the infectious disease, we have once again proposed a Rs1,000 fine for all those would don’t wear a mask in public places,” said Administrator Iftikhar Shallwani on Wednesday.

Speaking at the launch of the Dr Essa Physiotherapy & Rehabilitation Centre at a local hotel, Shallwani disclosed that they had first proposed fining those not wearing a mask in public places back in March or April, when Covid-19 cases had started rising locally.

He said that the proposal was rejected at that time. However, he added, they have again forwarded the proposal to the Sindh government to save people from the second wave of the lethal infectious disease.

The former city commissioner listed the top three municipal issues of the city as the management of solid waste, the scarcity of water and the unavailability of public transport.

Shallwani claimed that now all the stakeholders — including the federal government, the armed forces, the provincial government and the local bodies — are on the same page to resolve these issues and transform Karachi into a modern and developed city.

“Karachi’s economic potential can be gauged from the fact that even a person who collects stones from the rocky beach, lays them on a cart and brings them on MA Jinnah Road can sell them easily and earn a livelihood.”

Shallwani stressed the need to develop the city, for which he called for making joint efforts. He said people need to educate their servants and children about solid waste management and how they should dispose of domestic waste.

He claimed that of the 100 people visiting him on any given day, 70 ask for a government job. However, he pointed out, some people have quit their government jobs, started their own businesses and are now very successful business owners and service providers in Karachi and elsewhere in Pakistan.

“Dr Farhan Essa is one such person, who had quit his government job, started his own business and now he is serving the ailing humanity with his large network of diagnostic and health centres.”

Highlighting the importance of physiotherapy in the modern health system, Shallwani said that it is one of the major sub-specialities of modern medicine. He hoped that the Dr Essa Physiotherapy & Rehabilitation Centre will provide quality health services to the city’s people.