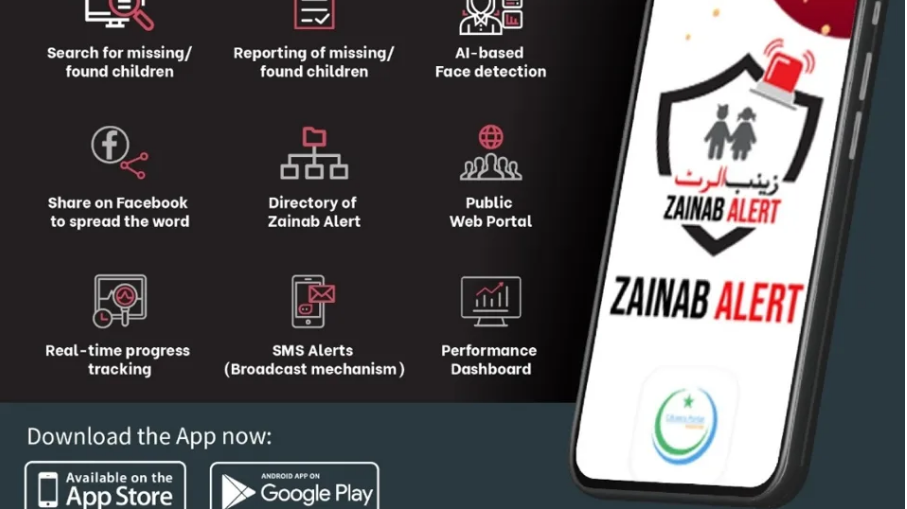 Ministry of Human Rights in collaboration with Pakistan Citizens Portal launched the Zainab Alert App nationwide today in an effort to help and protect children.

In a tweet, the Ministry of Human Rights said, “The Zainab Alert generates an emergency response mechanism that activates state and law enforcement authorities at all levels. Citizens must be responsible while generating these alerts as great power comes with great responsibility.”

The government also plans to launch the Zainab Alert mobile application as part of the Pakistan Citizen’s Portal today (Thursday). She said the government recognised the gravity of the issue of child abuse in Pakistan, and it was one of the primary areas of priority.

Mazari further added, “It is critical to raise awareness and build understanding among communities about the rights of children as well as state laws and mechanisms for prevention and protection of child abuse.”

“Citizens are encouraged to take the issue of child abuse seriously, and to report incidents on helpline 1099,” the minister said.