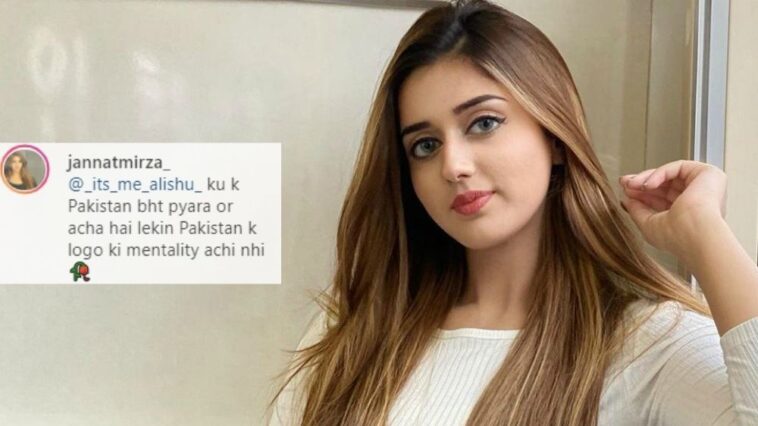 Jannat Mirza came forth revealing the actual reason behind her plans of moving outside Pakistan and settling in Japan.

The TikTok star had earlier sent her fans into tizzy when she said she is leaving the country for good.

The news left Mirza’s massive following of over 10 million devastated, making them wonder about the reason that prompted her to move abroad.

While interacting with a fan over the matter, Mirza revealed she is heartbroken over the ‘sick mentality’ of people living in Pakistan.

She confirmed the news in response to a fan’s query, who asked her why she is leaving her homeland and moving to Japan.

“Jannat why u and Alishba ignoring this text. ‘Why r u moving to Japan [sic],'” the fan had asked.