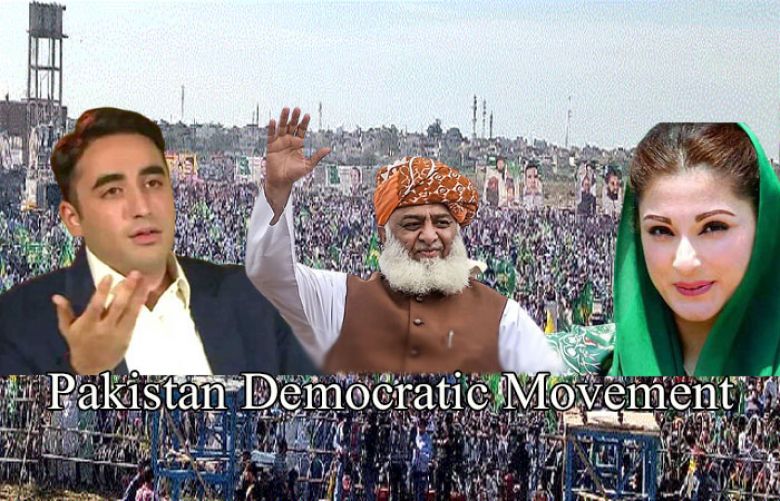 The Opposition parties will hold their first public gathering in Gujranwala today amid government’s challenge to the Pakistan Democratic Movement (PDM) leaders to fill the Jinnah Stadium in the city with its supporters.

Information Minister Shibli Faraz had challenged the opposition parties to fill the stadium with its supporters, instead of troubling the public on roads. Vowing to bring the supporters in large numbers, the PML-N asked the federal minister to resign if the venue is jam-packed.

Top opposition leaders including JUI-F chief Maulana Fazlur Rehman, Maryam Nawaz and Bilawal Bhutto are scheduled to address the participants at the stadium.

The recently-formed PDM has announced to hold a series of protest rallies in major cities in the next couple of months to oust the “selected” government of Prime Minister Imran Khan.

According to details, PDM chief Maulana Fazl will lead the JUI-F caravan from Lahore’s Jamia Ashrafia to Gujranwala while the workers and supporters of the party have been directed to reach the rally venue directly.

PPP Chairman Bilawal Bhutto arrived at the residence of Qamar Zaman Kaira in Gujrat on Thursday where he reviewed the arrangements for the rally. Reportedly, he will lead the PPP workers from there to the stadium later in the day.