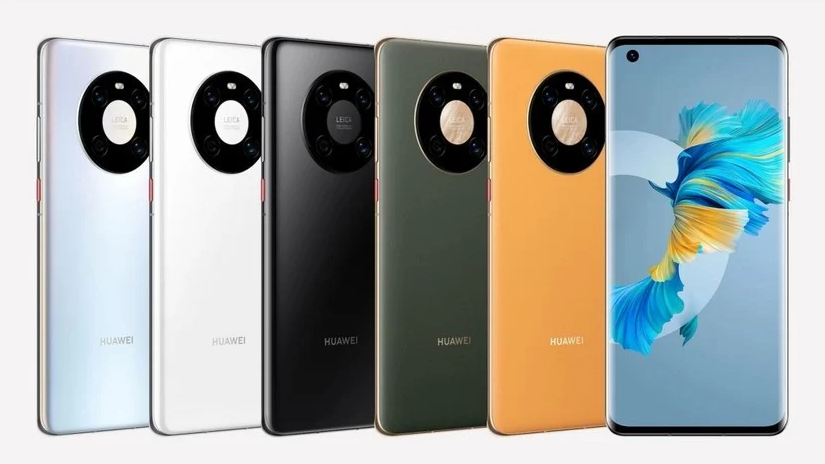 Huawei today unveiled its latest flagship smartphones at a virtual launch event. The company’s new Mate 40 series phones are big upgrades over their predecessors and are powered by what could be the company’s last flagship mobile chipset.

The new Mate 40 Pro features a 6.76-inch FHD+ flexible OLED “Horizon” display with a 90Hz refresh rate and a 240Hz touch sampling rate. Unlike last year’s Mate 30 Pro, however, you don’t get a wide notch in the middle.

Instead, the phone has a pill-shaped hole-punch cutout for the dual selfie cameras. Powering the latest Huawei flagship is the Kirin 9000, which is a 5nm chipset with an integrated 5G modem and a 24-core Mali-G78 GPU. Huawei says the chipset offers 10% faster CPU performance and up to 52% faster graphics performance compared to Qualcomm’s Snapdragon 865+.

On the back of the phone is a circular camera module with the same 1/1.28-inch 50MP main sensor as the P40 Pro. The impressive primary sensor is joined by a 20MP ultra-wide lens, and a 5x periscope zoom lens with 12MP resolution and 10x hybrid zoom. The Mate 40 Pro also comes with an improved XD Fusion engine for real-time HDR video processing.

Keeping the lights on is a 4,400mAh battery, which is a slight downgrade over its predecessor. However, the Mate 40 Pro supports significantly faster 66W wired charging speeds.

Huawei’s Mate 40 Pro+ comes with a slightly more impressive camera setup on the back, featuring a dual-telephoto camera system with 20x hybrid zoom and 100x digital zoom. The phone also comes with 12GB of LPDDR5 RAM and has a nano-tech ceramic back panel. The Pro+ model be offered in two colors: Ceramic White and Ceramic Black.

The entry-level Mate 40 has a 6.5-inch OLED display with the same 90Hz refresh rate and 240Hz touch sampling rate as its more expensive siblings. However, it runs on a less powerful Kirin 9000E chipset, paired with 8GB of RAM and 128GB storage.

It gets a triple-camera setup at the rear with a 50MP mainn sensor, a 16MP ultra-wide lens, and an 8MP telephoto lens with 3x optical zoom. The phone also features a smaller 4,200mAh battery with 40W fast charging. While Huawei hasn’t revealed a release date yet, the phone will cost €899 ($1,063) in Europe.