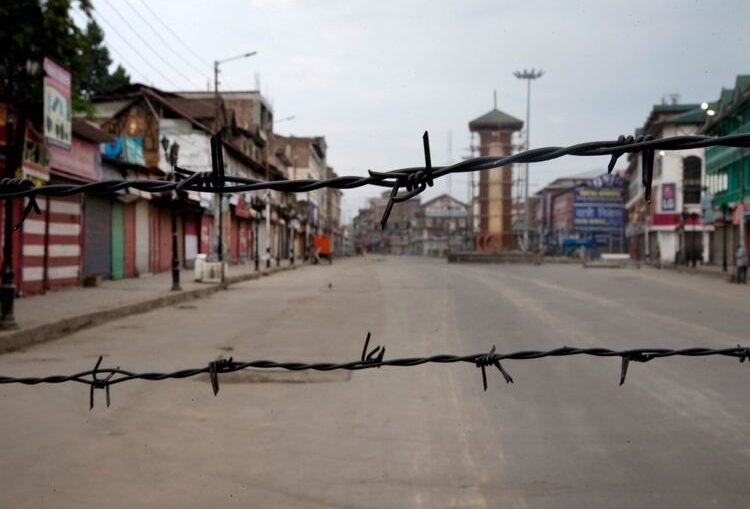 The Prime Minister Narendra Modi-led government has enacted controversial laws for Indian Illegally Occupied Jammu and Kashmir (IIOJK) and Ladakh territories which allow any Indian citizen to buy land in the disputed region, which is seen as move to change the demography of the Muslim-majority valley.

Last year on August 5, the government in New Delhi revoked the semi-autonomous status of the occupied region, it also scrapped the local special citizenship law, guaranteed under Article 35 (A) of the Indian constitution.

The law was barring outsiders including Indian nationals from settling and claiming government jobs, to maintain the demographic balance.

In its order, the Indian home ministry said the new laws will be called the Union Territory of Jammu and Kashmir Reorganisation (Adaptation of Central Laws) Third Order, 2020. Scroll.in reported.

It added that it will come into effect immediately.

The laws have been notified as people of Pakistan and Azad Jammu and Kashmir (AJK) observe black day on Tuesday against the occupation of the valley by Indian forces since October 27, 1947.

The notification said that the “permanent resident of the state” clause has been omitted now. Under this, 12 state laws have been repealed and 26 others have been adapted with changes or substitutes, according to ANI – Asian News International.

It also stated that the Indian government may, on the written request of an army officer not below the rank of corps commander, declare an area “strategic” within a occupied region.

Former IIOJK chief minister Omar Abdullah criticised the amendments. “Unacceptable amendments to the land ownership laws of Jammu and Kashmir,” he tweeted. “Even the tokenism of domicile has been done away with when purchasing non-agricultural land and transfer of agricultural land has been made easier. J&K is now up for sale and the poorer small land holding owners will suffer.”