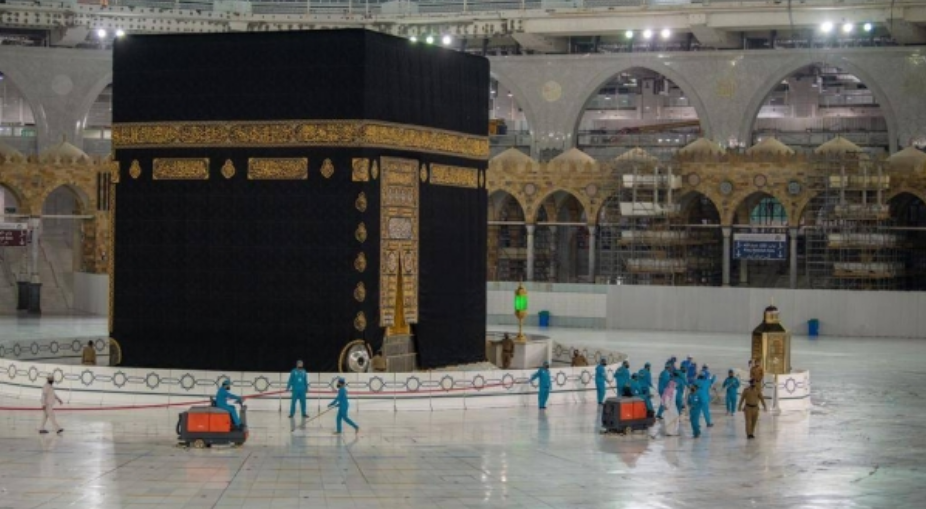 As many as 20,000 Umrah pilgrims and 60,000 worshipers will be allowed to enter the Grand Mosque in Makkah on a daily basis from Sunday, Nov. 1, which marks the beginning of the third phase of the gradual resumption of Umrah service.

A total of 19,500 faithful will have permits to visit the grave of the Prophet (peace be upon him) from that day onward, according to Dr. Amr Al-Maddah, deputy minister of Hajj and Umrah for Hajj and Umrah services.

Al-Maddah made the remarks during an interaction titled “Introducing the exceptional Umrah regulations,” at the headquarters of Makkah Chamber of Commerce and Industry.

He said that the ministry has mobilized all its capabilities and made available opportunities for all operators and service providers to raise their operational efficiency. He noted that the resumption of Umrah service began with the first phase on Oct. 4 by permitting Umrah pilgrimage for citizens and expatriates from within the Kingdom at a rate of 30 percent.

The second phase began on Oct. 18, allowing prayer at the Grand Mosque and visit to Rawdah Sharif in Madinah with the increased number of Umrah pilgrims.

Foreign pilgrims will be allowed for the first time from Sunday. Pilgrims and visitors from within the Kingdom and abroad will be allowed to perform Umrah and prayers at the Two Holy Mosques at their full capacity in the fourth and final phases of the gradual resumption of the services that were suspended following the outbreak of coronavirus nearly eight months ago.

He said that 10,000 pilgrims are booking for Umrah on a daily basis and the number of groups is 500 groups, with 20 pilgrims in each group. There are more than 1,800 hotels and over 250,000 housing units in Makkah readied for the pilgrims.

The hotels ranging from three to five stars are instructed to apply the highest standards of precautionary measures and preventive protocols to stem the spread of coronavirus during the stay of the pilgrims.

According to the regulations, pilgrims must have a PCR medical test certificate showing that they are free from coronavirus, issued by a reliable laboratory in their country, not more than 72 hours from the time of taking sample until the time of departure to the Kingdom.