Skip to content
You are here
Home > Did You Know! > Driver Crashes Car into Gate of Mecca’s Grand Mosque [Video] 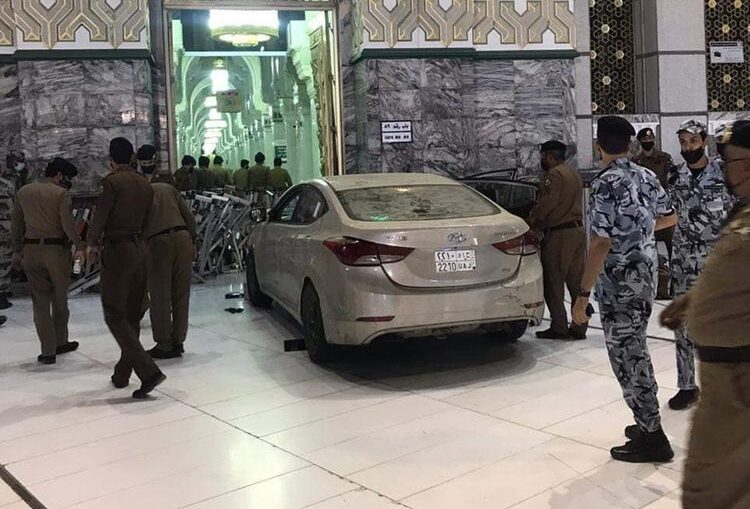 Saudi security authorities arrested a man, who crashed his car into one of the doors of the Grand Mosque in Makkah on Friday, the Saudi Press Agency (SPA) announced early Saturday.

The car was running at high speed on a road surrounding the southern square of the Grand Mosque courtyards, the official spokesman of Makkah region, Sultan Al-Dossari said.

He said the incident happened at around 10:30 p.m. “Thanks to God, no injuries were reported,” he added.

The official said investigators have found that the driver of the car was a Saudi citizen “in an abnormal condition.”