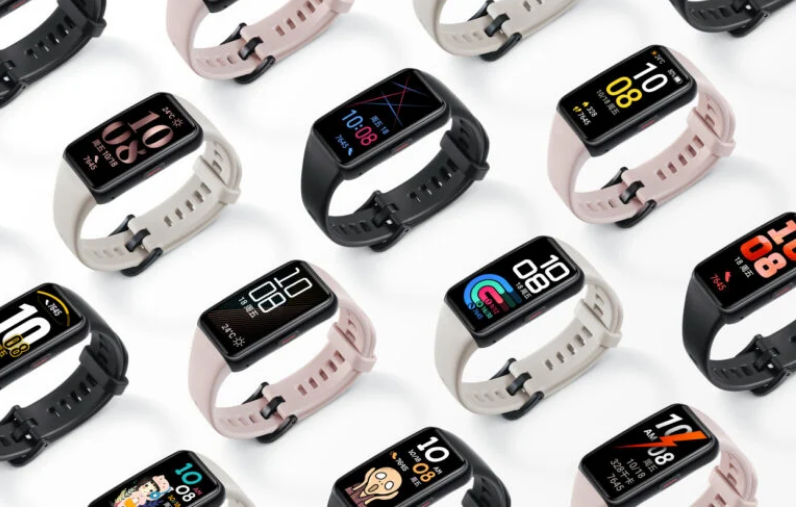 HONOR, the sub-brand of HUAWEI has officially launched HONOR Band 6 as the world’s first fitness tracker with a full-screen display. It comes in two variants – without NFC and with NFC. The design of this wearable is unlike its predecessors. It can be considered as the mini version of the recently launched HONOR Watch ES.

The HONOR Band 6 flaunts a 1.47-inch AMOLED display with a resolution of 194 x 368 pixels and 2.5D glass. It does not come with a capacitive key because it uses gesture navigation like on smartphones. But it houses a red-accented physical button on the right side to wake up the screen. Whereas, on the left side, it features HONOR branding,

The fitness tracker comes in three color options namely Meteorite Black, Seagull Grey, and Coral Powder. However, it is worth noting that the colors are only applicable for the strap as the body remains black in all three variants.

Further, the internals of this wearable includes Bluetooth 5.0, accelerometer, gyroscope, optical heart rate sensor, and a 180mAh battery. It is water-resistant up to 5ATM and charges via a magnetic charger

The HONOR Band 6 is available in two variants. Their prices are as follows.

Both the variants will be available for pre-order starting November 4 (tomorrow) and will go on sale from November 11 (Single’s Day sale) in China.

Although HONOR did not say anything about HONOR Band6’s international availability, the product should make it to global markets like other wearables from the brand.