Skip to content
You are here
Home > Life > US Election 2020: Trump or Biden? Americans to Decide Today 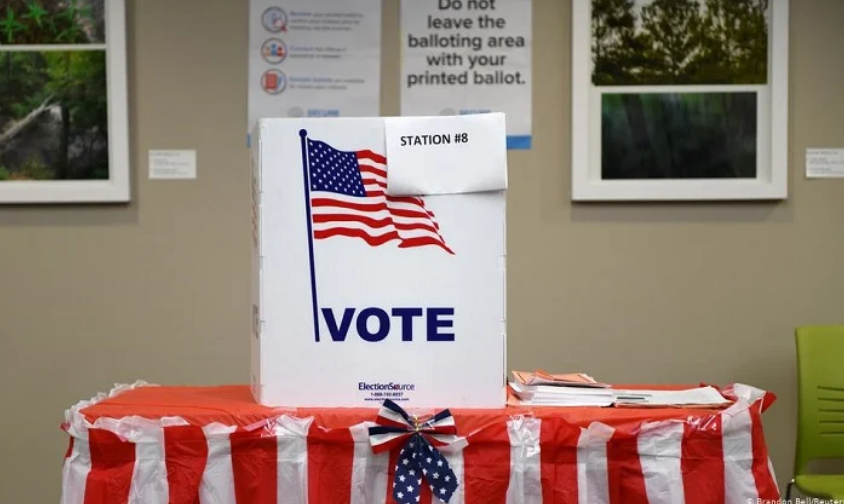 The final countdown has begun, and Donald Trump – on a spree through key swing states – is chasing his Democratic rival Joe Biden, still leading in the polls.

The 77-year-old former vice-president has enjoyed a solid lead over 74-year-old US President Trump in the national polls for months, at times reaching double digits.

But US presidential elections are not decided by the popular vote.

They are won in the 538-member Electoral College, where each state has a number of electoral votes equivalent to its representation in the House and Senate.

And the electoral votes of battleground states such as Florida and Pennsylvania could determine the winner of Tuesday´s battle for the White House.

Here is a look at the latest national polls and polls in key battleground states:

An average of national polls by the RealClearPolitics (RCP) website gives Biden a 6.8 point lead over Trump — 50.7 percent to 43.9 percent.

That is roughly in line with the averages of other leading outlets such as FiveThirtyEight.com, which has Biden up by 8.4 points nationally.

Biden´s lead nationally is more than double that of Hillary Clinton going into the 2016 election, when the polls were relatively accurate concerning the popular vote, which she won while losing in the Electoral College.

In Florida, Biden has a 1.7 point lead over Trump, according to the RCP average of state polls.

A Siena College/New York Times poll has Biden up by three points in the Sunshine State but a Washington Post/ABC News poll has the Republican incumbent up by two points.

Trump won Florida and its 29 electoral votes in 2016 and winning the state again is seen as crucial to his hopes of victory.

In Pennsylvania, Biden has a 2.9-point lead, according to the RCP average of polls in the Keystone State, which has 20 electoral votes.

Trump won Pennsylvania by just 44,000 votes in 2016 and his reelection hopes could hang on taking the state again.

Michigan and Wisconsin are two Midwestern states Trump won narrowly in 2016 but the RCP averages have him trailing in both this time.

The battleground states of Arizona and North Carolina, both of which Trump won in 2016, are also being closely watched.

Trump won all four states relatively easily in 2016 but the polls are showing close races there this time.

Trump won Texas, one of the biggest prizes of the night, by nine points in 2016 but the RCP average gives him a narrow 1.2 point lead there ahead of Tuesday´s vote.