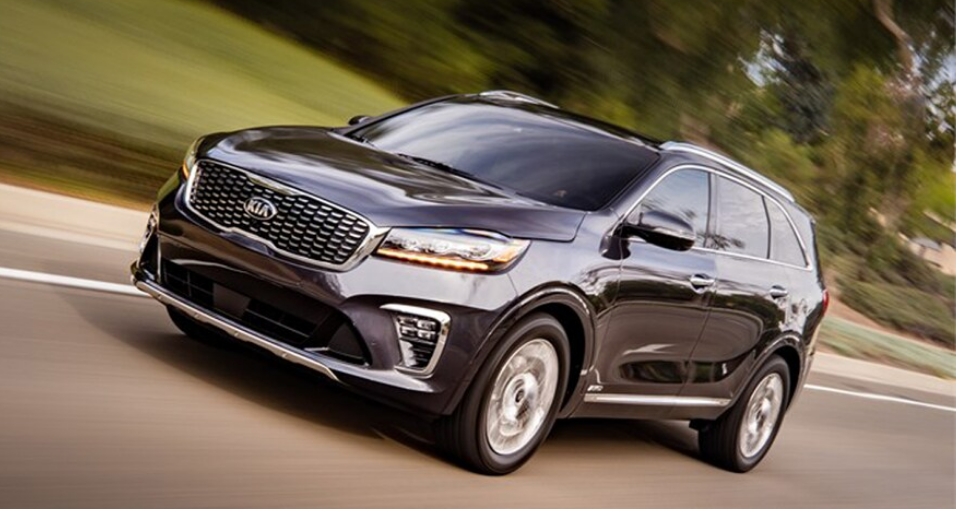 KIA is preparing to launch KIA SORENTO, which is a 3 row 7 seat utility vehicle. It seems like things are getting transparent about KIA Sorento, and that is; we will see the older 3rd generation Sorento and not the newly launched 4th generation as in international markets.

Although the company revealed 4th generation earlier this year with sales starting recently in specific markets, the 3rd generation is still for sale in many markets overseas. There is already a lot of hyper in Pakistan about upcoming Sorento and confusion if we will get the new 4th generation or an older 3rd generation.

As per Pakistan import data, it reflects that KIA Lucky motors imported three units of KIA Sorento. Two units with 3.5LV6 while one unit with a 2.4L engine. All three vehicles are FWD. Although the 17 digit VIN usually gives us some information [it’s like a DNA of a car] if you decode.

The position 4 to 7 on VIN normally tells the class/ generation and / model of the vehicle. Although maybe the VIN might not be real/actual but we do see that two reported VIN on the import data share same alphabets “PGGU”, which means these [ 2.4L and 3.5L V6 ] are identical generation.

Depending on markets, the 3rd generation Sorento is available in different engine options like 3.3LV6, 3.5LV6, 2.4L MPI, 2L Turbo GDI, 2L Diesel and 2.2L Diesel. KIA Lucky motors imported a 2.4L as well as a 3.5LV6. I can easily assume that a Pakistani version will for sure have a 2.4L MPI inline 4 engine. This engine is similar and related to the 2L engine currently offered in Sportage but with higher displacement and some slight differences. I don’t know the exact power figures, but it is somewhere around 169HP@5800 and has torque figures of 220NM @4000.

As of the 3.5LV6, this engine makes around 276HP and 336NM of torque. I think KIA might have imported CBU Sorento for their own research and maybe they offer their Sorento only with the 2.4L engine variant. Perhaps they offer both the 2.4L as well as 3.5LV6, but it’s early to say.

As of transmission, it will be a 6 speed automatic. The 3rd gen Sorento is front-engine front-wheel drive as standard while AWD is also available. Although Lucky Motors imported CBU units as FWD only, we can expect both FWD & AWD options. It uses the Dynamax AWD system as in the Sportage with locking central differential. As of suspension, it is similar to what we have in Sportage; MacPherson strut-front while independent multilink rear. EPS and disc brakes obviously will be available as standard and option of 17 or 18″ alloy wheels.

As for the interior, it was the responsibility of the KIA European design team from Frankfurt. It has soft-touch material with simple driver-centric controls. Although for 2015 it was a simple nice appreciated design, but nothing looks fancy in the 3rd generation comparing with 4th generation. You can have a feeling of Sportage interior as far as the dashboard is concerned. Obviously like Sportage, KIA will offer steering wheel controls, cell phone connectivity, dual-zone climate control, 7″ or 8″ infotainment with android auto/Apple CarPlay integration, cruise control, rain sensor, power-folding side-view mirrors.

Power driver and passenger front seat, while 40/20/40 second-row seats and 50/50 split third-row seats will be available. We can expect both leather and fabric seats and option of Panoramic roof as well as a power tailgate. As of safety, ABS, downhill assist, hill start assist control, VSC will be available along with the two frontal airbags. I hope side curtain airbags are also part of the package.