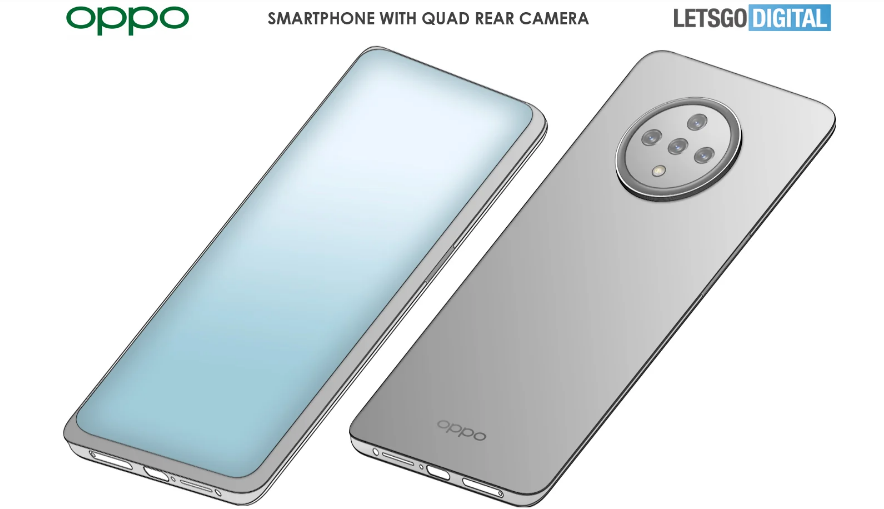 OPPO is one of the popular Chinese smartphone markers. It is a well-known brand in Asia. Lately, the company has been slowly expanding into markets like Europe to fill the void left by HUAWEI. The firm is known for selling both budget as well as high-end devices. It has now patented a smartphone design with an under-display camera and circular camera window.

Guangdong Oppo Mobile Telecommunications filed this smartphone design patent with the CNIPA (China National Intellectual Property Office) at the end of 2019. However, it got approved and published only on October 23, 2020. As always, the patent was unearthed by LetsGoDigital.

At first sight, one can easily mistake the rear design to be of OnePlus 7T. The only difference between the two is that the patented design has an extra camera at the top. The design can be also compared with that of OPPO ACE2, however, the layout of the sensors is not identical on the latter phone though it has the same circular camera window.

That said, apart from the back design, the patent differs in terms of front design. Because it sports a curved screen with an under-display camera. Whereas, the OnePlus 7T and OPPO ACE2 feature flat panels with a dew-drop notch and a punch-hole respectively. Anyway, OPPO also patented the same design with a punch-hole too.

Interestingly, LetsGoDigital mentions the design to feature a 3.5mm headphone jack at the bottom. But the hole looks so tiny for that and therefore, we are skeptical regarding this claim. It could be the secondary mic as the top of the handset is plain.

Last but not least, the bottom of the phone also houses a USB Type-C port and SIM card slot, whereas the left and the right side of the device sports volume rockers and power button respectively.