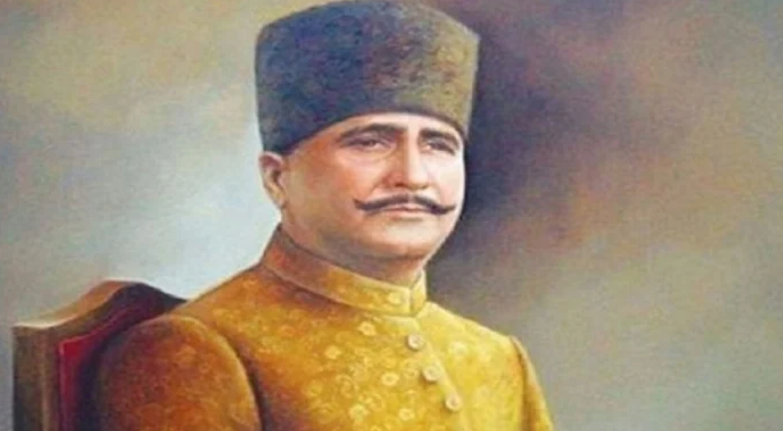 The 143rd birth anniversary of philosopher Dr Allama Muhammad Iqbal is being celebrated today with national zeal and fervor.The day began with an investiture ceremony of change of guard at his mausoleum in Lahore where a smartly turned out contingent of Pakistan Navy assumed the responsibility of guard from Pakistan Rangers, reported Radio Pakistan.

Station Commander of Pakistan Navy Commodore Naimat-ullah Khan was chief guest on this occasion who laid floral wreath at the mausoleum and offered prayer. He also penned down his comments in Visitors’ book and paid tribute to national poet.

President Dr Arif Alvi stressed the need to follow Iqbal’s teachings on Islam and his “Khudi” philosophy that promoted self-respect and human dignity.

“Iqbal was a great benefactor of the Muslims of sub-continent, who envisioned the idea of a separate homeland for them and later his dream was translated into reality.”

In his message, Prime Minister Imran Khan underscored individual and collective responsibility of building the national while exploring Iqbal’s thoughts.

“Allama Iqbal not only dreamt of Pakistan but also reflected upon the issues it would have to face after its creation,” said the premier. “Iqbal’s vision is still a guiding force to overcome issues like sectarianism and extremism.”

He urged the nation to concentrate their energies on transforming Pakistan under the visions of its forefathers.