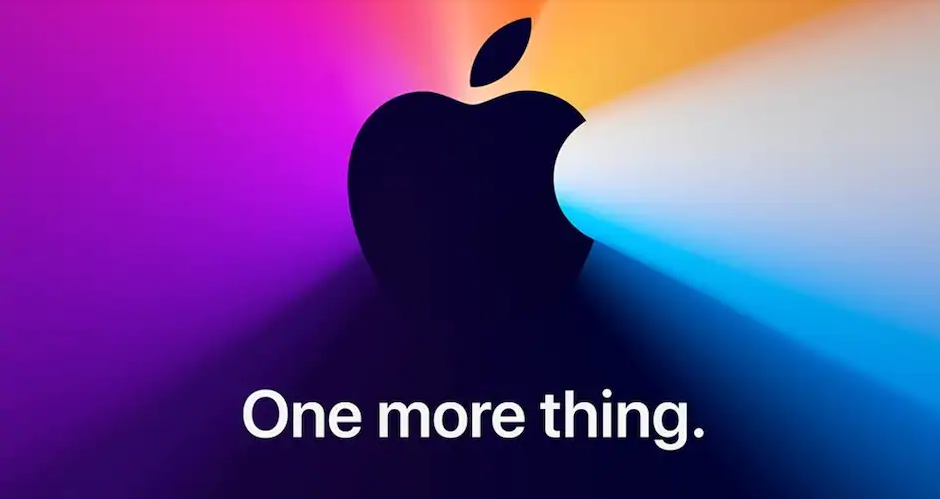 Apple is holding a virtual event called ‘One More Thing’ later today. The forthcoming Apple event, which is the third in a series of announcements — the most recent being the launch of the latest iPhone models — and perhaps the last of 2020, is expected to be the one where the Tim Cook-led team will unveil its MacBook models based on Apple’s own silicon.

Apple announced its plans to transition to its in-house chips over Intel processors at WWDC 2020 earlier this year. However, the company is yet to showcase the new hardware that features its native chip.

Today’s Apple event will begin at 10am PST (11:00 pm pakistan standrard time). Just like the previous two hardware-focussed events, as well as WWDC 2020, the event happening today will take place virtually from Apple Park. Apple will stream the event live through its dedicated Apple Events site, and on the Apple TV app as well as YouTube.

You can also watch the Apple event live directly from the video embedded below.

Apple is expected to unveil hardware based on its native ARM silicon. The company hasn’t provided any particular details, though the official invite sent by the company mentions a tagline, “One more thing.”

This likely means that the event won’t reveal anything related to iPad, Apple Watch or iPhone as the company has already hosted their annual announcements in separate events.

At WWDC 2020, Apple confirmed its plans to go with its in-house, ARM-based silicon for the next-generation of Mac machines. That move has, however, been heavily rumoured for quite some years.