Skip to content
You are here
Home > Auto > Learn How To Open Car, If Car Keys Are Left Inside? 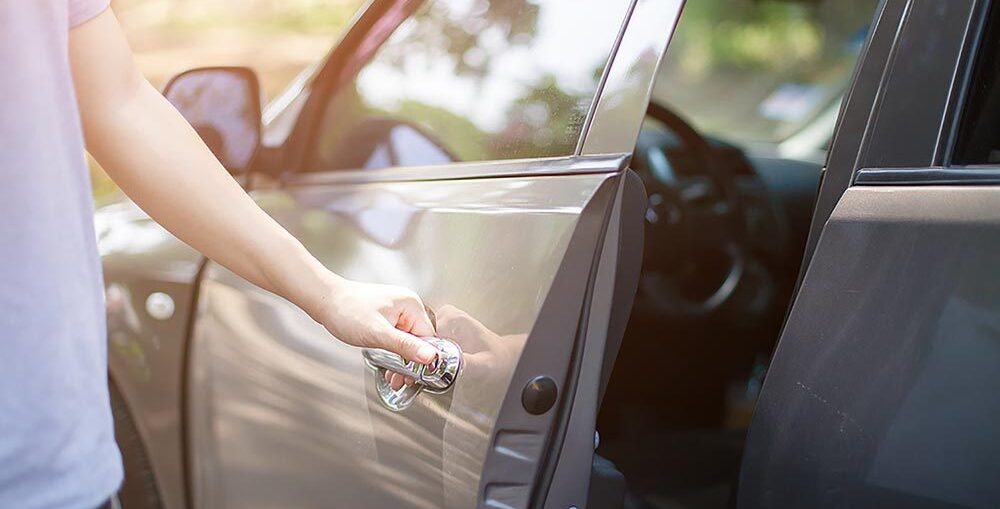 Many of us have faced the problem of forgetting car keys inside the car. Although it seems trivial, but it is a very serious problem , particularly in new cars. Due to the fact that duplicate keys will cost thousands. In the meantime, you will damage your vehicle’s inside and out in order to unlock the door.

This is maybe the most followed method to open the locked car doors. It may take a while to open the door with this, but it works most of the time. It is pertinent to mention that it only works for a car with a pulling-up locking mechanism.

You just have to tie a small loop, gently push the shoelace into the door, get the loop around the lock, and pull it up. And now you can enter your own car.

Many car enthusiasts are skeptical about this method, but many believe that it works. You just have to make a hole in the ball, place that point over car’s keyhole and push it hard. As per the believers of this method, the air force from the ball unlocks the vehicle.

This is among the easiest ones, as you take a plastic strip, bends it in the middle, push it through door jamb, hook the bend with lock and pull it up. But you must remember that hooking the lock and pushing it up can be tricky because plastic is slippery and it is hard to get a grip over the lock.

It is a very easy and practical method; however, it only works on the horizontal locks. So, if you have a horizontal lock, untwist the wire of coat hanger, make a hook, and push it in the door. Get the hook around the lock, pull and your car is unlocked.

This one is a bit risky because it can damage the exterior and interior of your car. But sometimes, the situation demands such steps. So, the method is quite simple, push the screwdriver into door’s wedge, create a gap, push the rod inside and move the lock with it.

This method is for all of you, who loves his/her car way too much and don’t want to damage it with a screwdriver. This inflatable bag is for you, and its principal is the same as the screwdriver one. Put the bag in door-line, inflate it, create a gap and unlock the car with a rod. The biggest positive of this bag is no damage to the car’s body, while negative is, it can be quite costly.

Last but not least, just call a locksmith, if you can. He will open it professionally, your lock will remain safe, and by spending a little money, you will get your keys back.