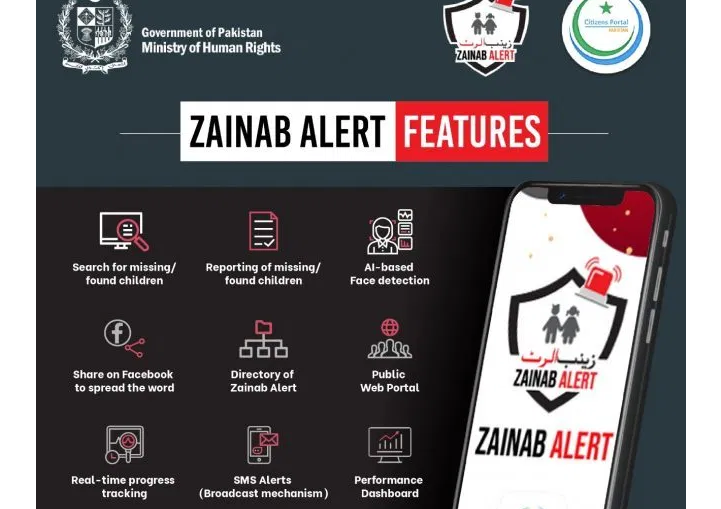 The Ministry of Human Rights (MoHR) on Monday launched a community engagement campaign to raise awareness about the ‘Zainab Alert App’ that has been recently launched on the Pakistan Citizen’s Portal.

The first session was conducted on Monday in the Pilot Comprehensive Community Development Centre in Sohan. The campaign is geared towards encouraging parents, teachers, and other community members to report missing children using the newly instituted mechanism.

As part of this campaign, several sessions in various community centres in the Islamabad Capital Territory will be conducted in the next few weeks. The campaign entails interactive community sessions to explain the technical aspects of the application, in order to empower and enable citizens to effectively use the application to report, track and trace missing children in their communities.

Participants will be given demo tutorials on how to use the app. Citizen’s lacking internet access or basic literacy were encouraged to visit any government office or institution and request that an alert be generated on their behalf.

At the session, the state machinery and system to respond to Zainab Alerts was also explained to participants. They were briefed that the police is obligated to contact the person who has generated the Zainab Alert within a period of 24 hours, and to lodge an FIR based on the information provided.

The Alert would be sent to the District Police Officers (DPOs) and the Regional Police Officers (RPOs) through their respective dashboards, as well as through SMS notifications due to the urgent nature of response required. Inspector Generals (IGs) would be responsible for following up in their provincial capacities, as well as the Chief Ministers and Provincial Home Secretaries.

Citizens’ were also informed about the option of tracking and tracing the progress of their complaint through the application. They were encouraged to regularly visit the public registrar of missing children on the app or web portal, to help track and trace missing children, as well as to increase visibility through sharing and promoting such cases on social media.

The Zainab Alert system activates the state machinery at relevant regional and district levels for effective emergency response and recovery of missing children. Through integration with the Pakistan Citizen’s Portal, the alert mechanism is already available to 3 million registered users.