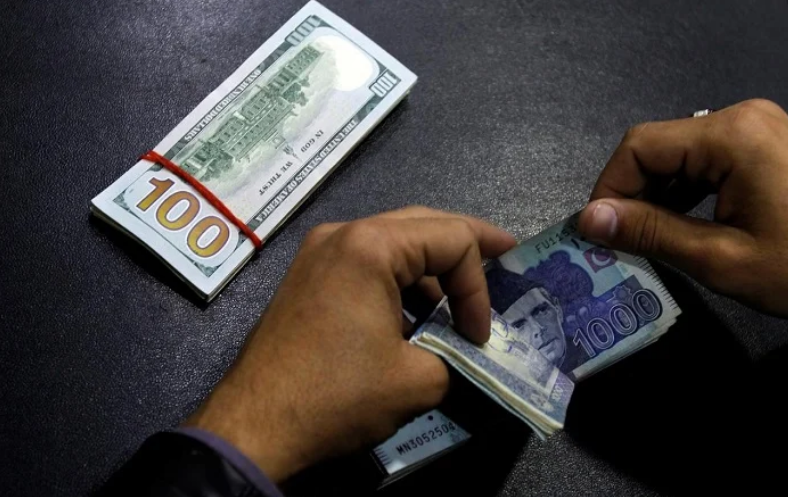 Reaching six and a half month high of 158.9 against the US dollar, Pakistani rupee on Monday became Asia’s third best performing currency, The News reported.

In the previous session, the rupee closed at 159.09 in the inter-bank market, appreciating 18 paisas against the dollar during the session. It gained 30 paisas to settle at 158.8 against dollar in the open market and was also up Rs10.2 or 5% from a low of 169.

The Indonesian currency increase 4.5% while the won was up 3.6%.

Since August 26, Pakistani rupee has posted a gain of Rs9.52 or 5.6%. Dealers said the currency continued to rise in its value versus the greenback on the back of increased inflows. Demand for the dollars from importers remains subdued in the market.

“There were routine [import] payments, while sale of forward dollars by exporters increased in the last few days,” said a currency dealer. Dealers also said the central bank is not intervening to prevent a persistent appreciation in the exchange rate.

Rise in foreign exchange reserves, robust remittances, improvement in the balance of payments position and pick up in inflows from the overseas Pakistanis have helped strengthening the rupee’s value.

Many dealers expect the rupee’s rally to continue in days ahead. “We anticipate the rupee to trade around 157-level against the dollar over the next couple of trading sessions,” said another dealer. Analysts said a drop in PKR/USD parity reduces pressure on the country’s external debt as well as imported inflation in the country.

“Exports should not be hurt in the short run as the country’s export capacity, as per reports, is already operating at 100-120%, while real effective exchange rate index (measuring competitiveness through relative currency parity) also has room for further improvement in PKR/USD parity,” said analyst Khurram Schehzad in a tweet.

“So, improving currency parity should result in the country’s improved ability in servicing its external debt as well as taming imported inflation that affects masses.” There are a number of reasons behind the rupee’s appreciation in recent days.

The State Bank of Pakistan is not selling dollars to support the domestic currency amid rise in the country’s foreign exchange reserves. The SBP’s swap book has improved, gaining about $900 million month-on-month in forward legs.

The foreign currency funding to banks remains uninterrupted, which is evident from the fact that their net open positions have not deteriorated.