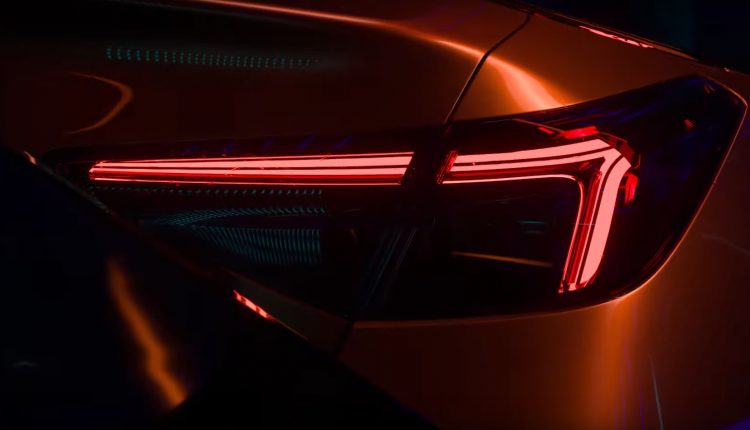 There are many automotive brands around the globe, from high end ultra luxury supercars to luxurious sedans. But there are a few of them that still light up the global automotive scene and become the focus of the limelight. Two vehicles, Honda Civic and Toyota Corolla, come to mind when you think of the best cars in the compact car category, also known as the “C” segment.

Although the newer trend of car buyers towards crossovers and SUV’s is well established , Civic is and was  always been the flagship model for Honda due to its large global presence, especially here in the US where half of worldwide Civic sales happen. The 10th generation Civic set a new benchmark in its segment . Current Honda Civic X has a revolutionary design inside and out and it grabbed a lot of awards globally which includes North American car of the year award.

But now its almost time for the replacement.  Few weeks ago,  first Images from Trade Mark / Patent filing for Honda Civic Hatchback and Civic Sedan got leaked to public.  A camouflaged Civic was also seen multiple times on the roads  of Europe under testing.

Today in continuation towards the launch of the next/ 11th  generation, Honda North America released a dashing 15 second teaser video clip but with a footnote  “Prototype shown. Production models may differ “.

Although the reveal  is not for the actual production model, but it will give us an extensive idea for the the next generation of the Civic.

The ” C ” shaped taillights are gone and replaced with new design slim LED lights and the rear end is influenced from the Honda Insight Sedan. As of overall outlook ,  it seems  inspired from the current generation Accord like the more wider & straight frontal hood line and more pronounced side belt lines and especially  ” C pillar ” and the notch at the corner of the glass.

The side view mirrors are also now moved to the door panels instead of the conventional placement at the corner of door and A pillar junction as currently we have on the 10th generation Civic.

The “CIVIC” logo is now moved to the upper portion of the trunk and more precisely above left taillight.  The 10th generation Civic has a Sportback looking sporty design with the  slopped rear glass panel to the edge of the truck and it was a departure from from earlier Civics design language .

The 11th generation has now again more of conventional looking 4 door sedan with typical sedan like trunk. On front we also see newer headlights and DRL’s.  We are not sure how the new interior will look like and Honda didn’t shared anything about it in the teaser image but from patent image filing, it seems the interior will also get styling clues from the current 10th generation Honda Accord.

A new infotainment system is on cards while we can assume an improvement  on the instrumental cluster. As of mechanicals, the current engine lineup is expected to continue with some refinement and improvements.

The 11th generation Civic will be offered both in sedan and hatchback body styles depending upon market/ regions. Honda will not offer the 2 door coupe for the 11th generation ; a 2 door model was specific to North America and recently discontinued for the current 10th generation already and its comeback is not expected either.

Lastly, if you are an avid Honda fan and especially a Civic fan , you will recall that most of Honda Prototypes are very close to production models and we saw it with the current Accord, the Civic X, hatchback as well before the launch of the production model.

The production model is expected to be reveled  by April 2021 and initially in the United Sates and Canada with production in summer of 2021 while sales starting fall of 2021 . European and Asian market will see the model in flesh in the late 2021 or early 2022 .  We here in Pakistan should not expect  an 11th generation Civic before the middle of 2022 so, Civic X in Pakistan still have an expected 18 months of life left.