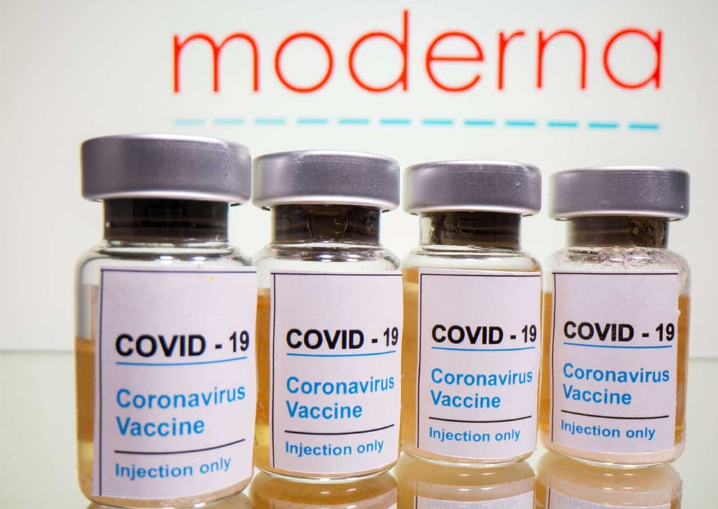 American company Moderna has claimed that its coronavirus vaccine is nearly 95 % effective in protecting people from the potentially-deadly infection, BBC News reported.

Last week, pharmaceutical companies Pfizer/BioNTech had announced that they have managed to create a vaccine which is 90% effective in combating the coronavirus.

According to the report, both companies had produced the vaccine through the use of “highly innovative and experimental approaches.”

Celebrating its success, Moderna said it would apply for the approval of the vaccine in the next few weeks. It should be noted that all vaccines have to be approved by relevant medical authorities as per international regulations before being distributed to the market for mass production.

About 30,000 people in the United States participated in the vaccine’s trial after which the company found that it successfully protected 94.5% of the participants. During the trials, 11 people suffered from severe symptoms of COVID-19 but none of them had been immunised.

Even though several companies across the globe are racing to create a vaccine to control the pandemic, scientists are still unsure about the length of the immunity that the vaccines will be able to provide to people.

Besides, it has not been confirmed whether the vaccine will be able to efficiently provide immunity to older patients who are most vulnerable to contracting the virus due to low immunity.

However, Mr Zaks told the BBC their data so far suggests the vaccine “does not appear to lose its potency” with age.