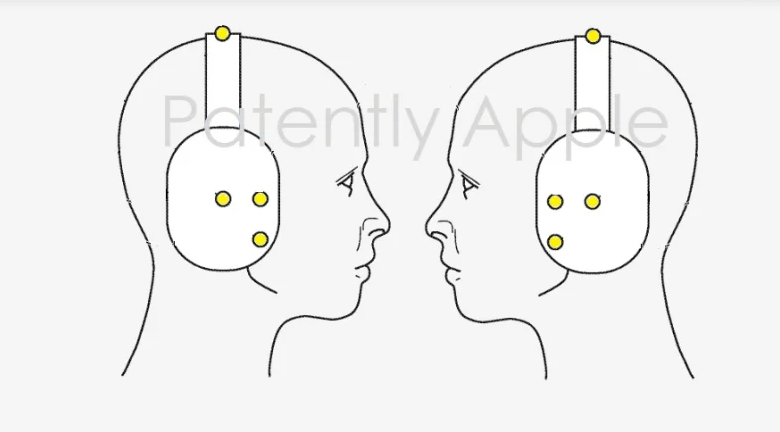 Earlier today (1st December 2020), an Apple patent was published by the US Patent & Trademark Office. This new trademark was related to next gen AirPods and future Apple over the ear headphones, which will support a new sensor for bioauthetication.

Looking at the patent, we can observe that the new hearables arrive with various sensors that use self-mixing interferometry signals of a self-mixing interferometry sensor to recognize user inputs. In simpler terms, the devices can map the users’ input through voice commands or silent gesture commands. These sensors might be “used for bioauthentication and/or audio conditioning of received sound or voice inputs to a microphone.”

For those unaware, the silent gesture aspect implies that the device would be able to detect inaudible words forming with the jaw and tongue of the user. In other words, the sensor on the headphones might be able to detect skin deformations and detect any possible commands through it. One of the image also showcased an AR/VR headset from Apple. This headset might feature similar sensors that can detect both voice commands and silent gestures from the user, as per a PatentlyApple report.

The patented bioauthetication circuit and its related processor may be used to store vocie patterns from the user. Meaning, the users voice patterns could be stored locally in the headphones or next gen AirPods and could use learning algorithms to train the security system to better recognize the users’ voice.

Unfortunately, this is still just a patent and we have no way of confirming if the company is actually working on such a product at the moment. The feature does seem interesting, although, its real world applications are still at uncertain.