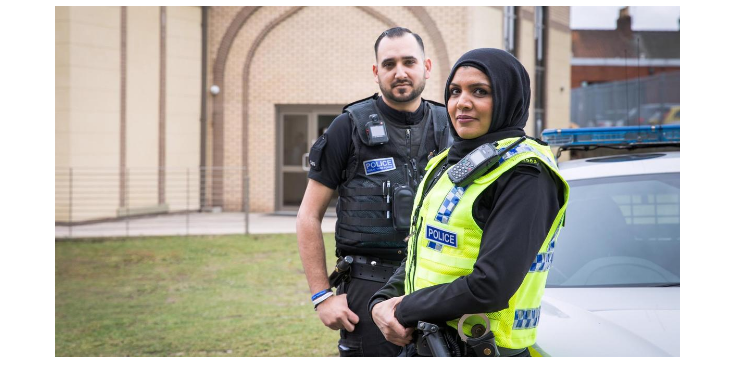 Two British police officers named Uzma Amireddy and Arfan Rahouf, one born in Pakistan other with origins from Kashmir have introduced hijab as part of the female police uniform after getting approval from North Yorkshire police department.

Uzma Amireddy, who was born in Lahore and has been in England since she was 13 told ARY that in addition to the fact that introducing hijab in the uniform is comfortable and relieving, it helps to fulfill the religious requirements of Muslim women, adding that this development will attract other Muslim women to join the forces.

Another Muslim police officer Arfan Rahouf who introduced hijab along with Uzma said that the British police department played a very encouraging and positive role throughout the entire process, until its approval.

Uzma said that with Hijab, Muslim officers will not have to compromise on an essential constituent of their faith.