Skip to content
You are here
Home > New Alert > This could be Apple’s Rarest (and Most Bizarre) Product: Apple Rainbow Logo Glasses 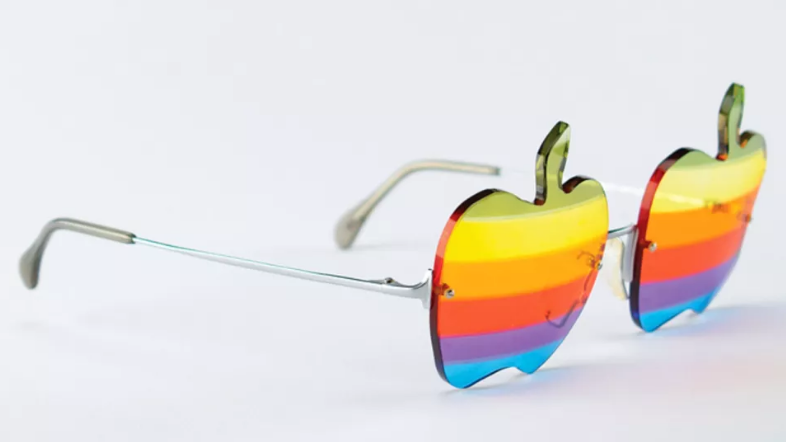 Apple’s co-founder Steve Wozniak had only 30 of these bizarre (but strangely beautiful) glasses made way back in 1979. And one pair is going to be auctioned off later this month, on December 10 as part of the Steve Jobs + Apple Auction. Given the Apple logo is one of the best logos of all time, we imagine they’ll be hot property.

Comprised of two rainbow Apple logos (one for each eye, of course), the glasses have a clear Metzler-TWE 145 frame and come in the original sleeve. According to the auction listing, you also get a signed letter from Wozniak, which reads as follows:

“Around 1979, I had an optometrist in Palo Alto custom make 30 pairs of these glasses with lenses in the shape and rainbow colours of the original Apple logo,” he says. “It was a project, just for fun. It’s amazing to see these over forty years later, with the original box, case and cleaning cloths.”

These glasses are a serious statement, and buckets of fun. Bids start at $200, though we imagine these will go for a lot more. And dare we say, they kind of work?

They scream hip 1970s design and, while we’re sure whoever buys them will keep them tucked away in a box, we’d love to see them out and about. Want to create your own logo worthy of memorabilia? See our logo design guide, which has all you need to know.