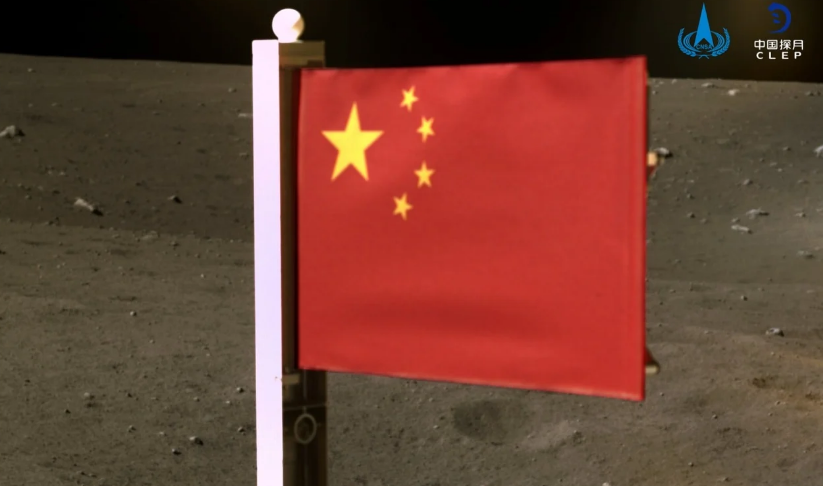 China has become the world’s second country to have planted a flag on the moon after the United States.

More than 50 years ago, the US first planted the Stars and Stripes on the moon.

The country’s National Space Administration released pictures of its five-starred red flag hoisted on the surface of the moon.

The images were taken by a camera on the Chang’e-5 space probe, named after the mythical Chinese moon goddess, before it left the moon on Thursday to return to Earth.

A module carrying lunar rocks and soil was in orbit after activating a powerful thrust engine, Chinese officials said of the mission, which was launched from the southern Hainan province.

The space probe also brought the first samples of lunar rock to be collected in four decades.