Skip to content
You are here
Home > Did You Know! > TIME’s First Ever Kid of the Year is Only 15 [Video] 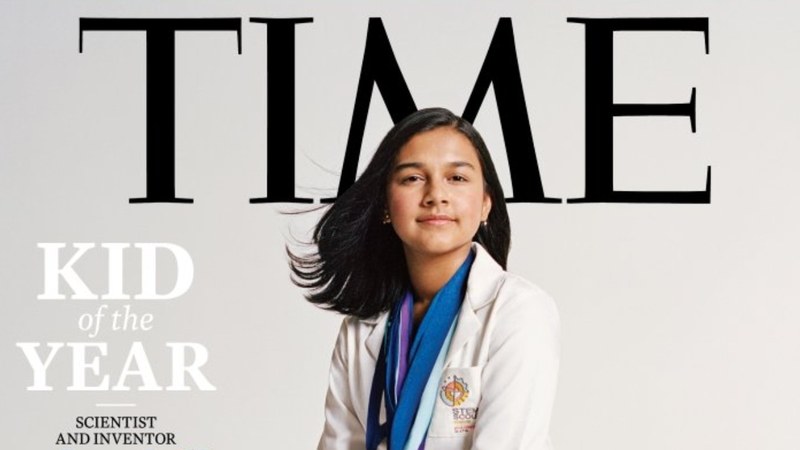 At only 15, Gitanjali Rao has been selected from a field of more than 5,000 US nominees as TIME’s first ever Kid of the Year.

Rao’s astonishing work includes using technology to tackle issues ranging from contaminated drinking water to opioid addiction and cyberbullying, with her mission to create a global community of young innovators to solve problems the world over standing out as an inspiration to many.

“I was like 10 when I told my parents that I wanted to research carbon nanotube sensor technology at the Denver Water quality research lab, and my mom was like, A what?” the young scientist told actor and activist Angelina Jolie in an interview over Zoom from her home in Colorado.

She also spoke about how her goal had shifted not only from creating her own devices to solve the world’s problems, but inspiring others to do the same as well, since she wanted to see more people like her in the field.

“I don’t look like your typical scientist. Everything I see on TV is that it’s an older, usually white man as a scientist. It’s weird to me that it was almost like people had assigned roles, regarding like their gender, their age, the color of their skin.”

“I’m hoping for this to be something that’s inexpensive and accurate so that people in third-world countries can identify what’s in their water.”

“I recently hit my goal of 30,000 students who I have mentored, which is super exciting. It’s like creating a community of innovators. I really hope the work that all of these kids are doing identifies innovation as a necessity and not something that’s a choice anymore. I hope I can be a small part of that.”

Rao also has an inspiring message for other youngsters: “Don’t try to fix every problem, just focus on one that excites you.”