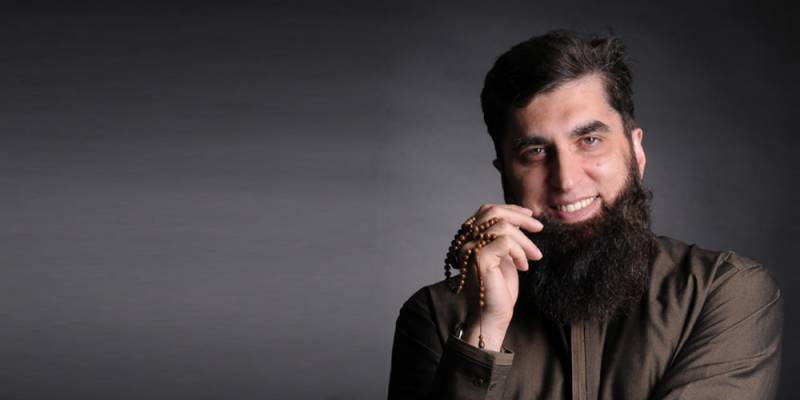 The Forth death anniversary of Pakistani singer-turned-religious scholar Junaid Jamshed is being observed today (Monday) as the nation remembers the immensely popular celebrity.

Junaid Jamshed – 52 – died on December 7, 2016 along with his wife and 45 others in a horrible crash of Pakistan International Airlines (PIA) flight PK-661 near Havelian.

Junaid Jamshed was born on September 3, 1964 in Karachi. His father Jamshed Akber Khan was a retired Group Captain in Pakistan Air Force. After graduating from local boarding high school in Lahore, Jamshed proceeded to join the PAF, initially focusing to become professional F-16 fighter pilot. But due to weak eye-sight during the tough physical examination, his nomination papers were rejected by the PAF selection board.

Jamshed was later accepted at the University of Engineering and Technology in Lahore where he excelled in courses in mathematics and physics before declaring his major in Mechanical engineering.

Jamshed gained Bachelor of Science, graduating in mechanical engineering in 1990. And join PAF as a civilian contractor and moved on to a short-lived career in aeronautical engineering.

In 1983, Jamshed start performing rock music gig in Peshawar University and Islamabad University campuses while as a student at UET in Lahore. In 1987, Jamshed joined his engineering university s rock band, Nuts and Bolt, as a lead vocalist and performed at Flashman’s Hotel in Rawalpindi.

Though the band Vital Signs was launched in early 1986 in Rawalpindi by Keyboardist Rohail Hyatt and bassist Shahzad Hasan (Shahi), it wasn’t until later when Junaid Jamshed, then joined them as their lead singer. They began performing in different parts of the country after having secured a place in the underground music industry in Islamabad and Lahore.

Finally, their first album, Vital Signs 1, was released nationwide and got on-aired on PTV. Though their debut hit single, “Dil Dil Pakistan” and “Tum Mil Gaye”, was released on 14 August 1987, skyrocketed them into national fame and national prominence. Both songs were the biggest commercial hit and had garnered highly critical acclaims of their work.

In 2003, BBC World Service conducted an unscientific poll to choose ten most famous songs of all time. Around 7000 songs were selected from all over the world. According to BBC, people from 155 countries/territories voted in the poll. “Dil Dil Pakistan” was ranked third among the top 10 songs. During the 1980s-2000s, Jamshed enjoyed a great success in the public and media, and was one of the followed celebrities of his time.

As early as 1999, Media had been speculating about Junaid s drift from music soon after the Vital Signs faded away. The speculations soon died after Junaid released his single albums in mere two years and continued world tours. After 2001, Jamshed disappeared from the public eye, and avoided the media attention. Over the years, Junaid stay distant from Hyatt who continued to work on producing music.

Upon returning, Junaid filed a bankruptcy and made a triumphant attempt to push his career in engineering after applying at various companies.

Finally, Jamshed, who had been out of practice from his engineering career 20 years ago, announced to step into fashion-designing industry with his close friend.

In 2004, Jamshed officially renounced music and engineering after announcing to devote his life to Islam. In 2007, government of Pakistan awarded him Tamgha-e-Imtiaz.