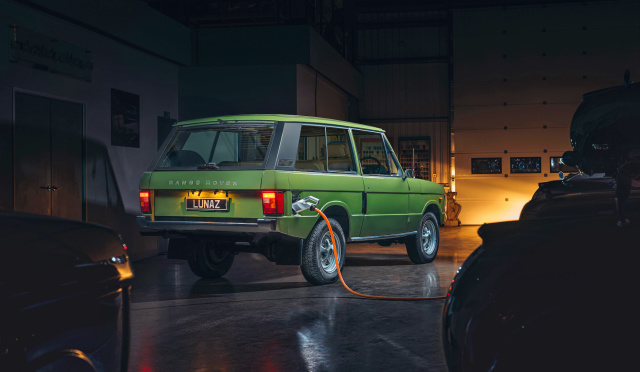 Electric cars are undeniably the way of the future, but a company called Lunaz has been bringing that technology to older, classic vehicles like the Jaguar XK120 and Rolls-Royce Phantom V.

As of today, the company is expanding its lineup to include Range Rovers from the 1970-1994 time period, what Lunaz calls the “classic era” of Range Rover design.

The first run of 50 vehicles will be available in two different specs: “town” and “country.” As the names imply, the “town” spec is more suited to standard driving in cities and on highways, with a focus on passenger comfort.

The “country” spec, on the other hand, is meant to bring modern engineering to these classic cars in an off-road setting. That means they’ll include “4-wheel drive system, updated suspension including anti-roll bars and uprated brakes.”

Lunaz stresses that these are all custom builds for their customers, with fully individualized interiors and exteriors. The company has even already spec’d out a “safari” edition that is totally roofless, an ode to a Range Rover as first seen in the 1983 James Bond film Octopussy.

Other examples of more modest customization includes things like a backseat bar area for chauffeured passengers or modifications to the various storage and boot areas to meet a “country” customer’s specific needs. Naturally, the interiors will also feature modern technologies options like front infotainment, air conditioning and full entertainment screens as well as a wide variety of interior upholstery options.

As you might guess, this is not an inexpensive venture. These heavily modified Range Rovers start at £245,000 plus local taxes; Lunaz says the first 50 are currently being allocated and should ship to customers by the summer of 2021. The company describes this as the “first” production run, it would stand to reason that if you didn’t get one of the first 50, you might have another shot down the line. Start saving your change now.