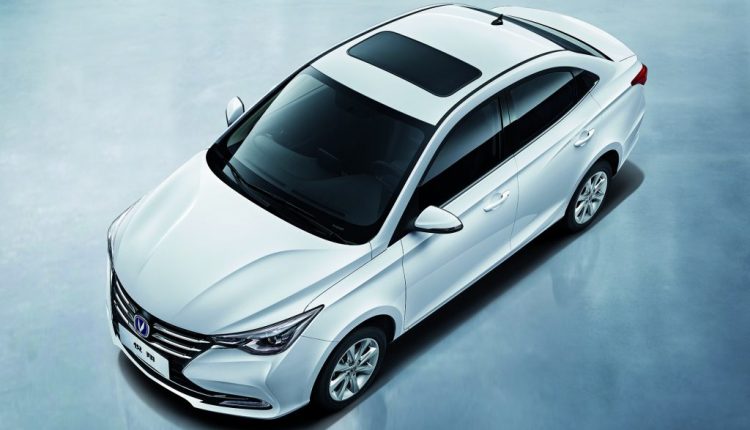 In the course of the last two years, Pakistan’s auto industry was led in the right direction by its Auto Production Policy (2016-2021). New entry participants were interesting and began in Pakistan leading to new products, models and consumer choices. And Changan Alsvin’s arrival is one.

Changan is the 4th largest automotive group in China. Master group in Pakistan is local partner with currently light commercial vehicles as well as MPV Karvaan for sale , locally assembled. As per auto policy, Master Motors established an assembly plant in Karachi with investment of $100 Million. 70% of investment is from Master motors while rest comes from Changan.

The plant is capable of 30,000 units per year with possible expansion. Changan Pakistan plant will be the first plant where Changan brand vehicle will be assembled for RIGHT HAND DRIVE markets and specifically not only for Pakistan but also for export to SAARC and ASEAN countries , which are right hand drive as well.

Changan Pakistan was working on the introducing an entry level sedan and almost everyone following Pakistan auto news already knew about it for quite some time.

The ALSVIN was spotted multiple times around the country.  Every time ALSVIN spotted in Pakistan was mostly a left hand drive vehicle and as I mentioned above, as of now every market it is sold , it is sold as left hand drive . For development of Pakistan domestic model,  CBU units were imported from China and that’s why those were left hand.

Master motors recently [ 2 weeks ago ]  imported around 2 dozen Alsvin [ the top variant with all available frills  ] from China and most probably for the planned launch purposes and probably display units at various dealers across the country. This also means, that maybe local production of Alsvin has not yet started otherwise there was no reason to import units from China.

This is not clear if these imported units are LHD or RHD although some recent viral social media images shows right hand drive cars at Changan  facility.  May be Changan China exported limited number of RHD vehicles exclusively assembled for launch purposes for Pakistan. Again nothing is clear as of now and we will know that in less than a week from now and the company has already started a social media teaser campaign in this regard.

ALSVIN; the name is based on a mythical horse which is very quick/ swift. Anyways, let’s go over some details related to Alsvin sedan. These are NOT official.  Also the pictures here in this post are for reference ONLY.

Size and segment was, it can be called in B-segment vehicle.  Let me share some numbers so, that you can visualize it with respect to other current and upcoming players .

So, you can see that on measuring tape, it is comparable to the Toyota Yaris sedan and decade old Honda City.

Nothing is clear at this time but I personally think that Changan will introduce two version. A 1.4L as basic variant with manual transmission while a 1.5L with automatic and as full option. Obviously, there will be differences of features between the two beside different transmissions.

Some prelaunch photos, currently  viral on the social media reveals just the one version and the top of the line with all bells and whistles [ 1.5 L with automatic ] and as I pointed out earlier in the post, seems like an import CBU units. Maybe Changan will release the loaded variant at launch and add the basic version at later stage.

Well as of exterior, being a budget friendly and entry level sedan nothing much fancy but it does not look bad. Again its personal and subjective opinion. People find Yaris sedan in it on front while some can find a Hyundai cuts and creases in it and Hyundai Accent sedan from the past.

On front height adjustable halogen projector headlights are standard while DRL are located at the lower bumper valence and will most probably be available on the 1.5L version. NO there is no option for the front fog lights and it’s not even available as far as the model sold in overseas market as well.

Most of front is has a horizontal slated grill with Changan logo in the middle. Expect the chrome slits / trims on the top variant while the basic model will have black grill. On the side profile you will find a strong slanting crease going from front to rear and vanishes at mid rear door. While a second lines emerges from taillight and going forward and diminishes on the rear door. This makes the side view little bit with character and not boring flat sheet metal.

Basic model will most probably will have 14” steel wheel 175/65 while expect alloy wheels on the top variant with tire size of 185/55. Regular headlights with reflectors on the rear bumpers.  And by the way Alsvin will also join the “SHARKFIN ANTEENA “ club.

Being a budget entry level car, one can expect normally a very basic interior and Alsvin interior looks simple BUT pleasing. Plastic injection molded dashboard and door panels, Round vents on sides while elongated vents in the middle. A simple analogue speed gauge with integrated with digital driver information display. Heat and fuel gauges are digital while you will also find a digital RPM.  TPMS/ Tire pressure monitoring system will also come standard as well as open door indication and gear the vehicle is in.

There is NO options for Push Button Start on any of the variant. All power windows and the side view mirrors will also be power adjustable but with manual folding.  The basic model will comes with regular head unit with Bluetooth capability while the 1.5L/ Top version will have  a 7” touchscreen floating display. It’s a touchscreen but with basic functionality.

I made same opinion regarding the Proton SAGA and will go with the same. I predict and expect base price to be around 2.3 Million for the Standard manual while the Auto will be around +/- 2.5 Million. Again this is my prediction and I think Alsvin will undercut the Toyota Yaris. There had been reports that Alsvin will be cheapest sedan in the country, let’s see if this becomes reality.

For budget car buyer , Alsvin will be good addition . It will for sure add another option to choose from under 2.5 Million which is currently only have options in shape of hatchbacks. The price of ALSVIN might attract customers away from Picanto and Cultus and 2 generation old Swift and the main reason would be “DIGGI WALI GARI” .