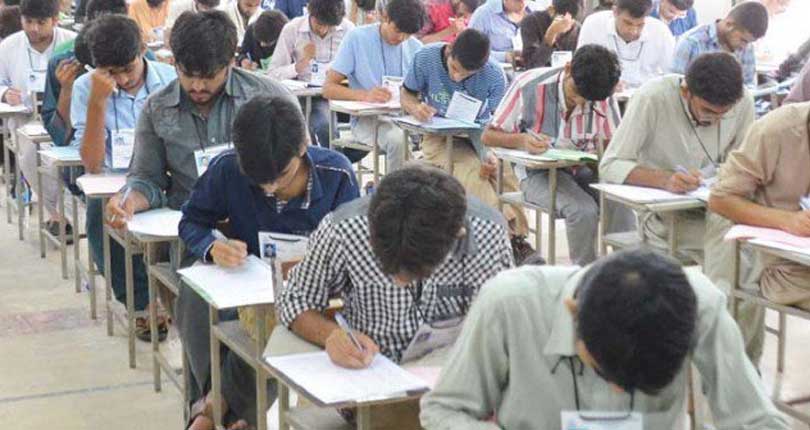 The cancellation of Board exams was completely unprecedented for students but in compliance with the Cambridge’s decision of cancellation of O ’Levels and A ‘Levels exams, worldwide.

Furthermore, Cambridge is in no hurry; it is still in the process of devising a policy of awarding grades to satisfy maximum number of candidates.

However, within a week of Board exams’ cancellation, a policy of awarding marks to students who had to appear in Board exams has surfaced giving room to a number of ‘unanswerable questions’.

Firstly, the policy has no reference to the practical exams in which the students of Grade 10 and HSSC-2 had to appear if things had been usual. A much-expected answer in this regard is to award marks to students based on their respective Grade 9 and HSSC-1 results in practical exams, as well.

Therefore, such a student belonging to Pre-Medical category in FSc would score 84/90 marks, 6 marks short of what he would have ordinarily scored.  Digits up to four decimal places determine your overall merit for admission to government medical colleges; reduction of six marks would mean an overall drop of 0.27% in the respective merit!

Secondly, according to the newly devised policy, Grade 10 and HSSC-2 would have a bonus 3% marks added to their Grade 9 and HSSC-1 marks. This would give rise to objections from A’ Levels’ students as far as application of this criterion to HSSC-2 students is concerned. Application of the afore-mentioned criterion to the latter would increase the already high merit of government medical colleges making it even more difficult for A ‘Levels’ students to secure admissions in these colleges because the maximum equivalence A ‘Levels’ students can get is 90%.

In this regard, there are two ways out. The first is increasing weightage of entry test from 50% to 70% or 75% in determining the overall merit of government medical colleges.

However, a test of 150 minutes is, certainly, not equal to two years of hard work in importance let aside further decreasing the value of the latter. Critics may present a counter argument that there is 100% entry test weightage in determining admission to universities such as FAST.

For them, it is worth stating that such universities have been following such a policy for many years and students aiming for these universities are mentally prepared according to this criterion. You can increase the weightage of entry tests for government medical colleges to 100% without any criticism, if, at least 3 years before the policy comes into effect, the candidates are informed.

A second more acceptable way out is to find the average of the percentage of A ‘Levels’ students who gained admission in government medical colleges in the past couple of years and reserving a similar number of seats for A ‘ Levels’ students in the afore-mentioned colleges. This, certainly, is a much better approach to tackling this issue.

Moreover, Federal Minister for Education, Mr. Shafqat Mehmood, announced in his tweet that, in September, for those students wishing to improve their grades, for repeaters, and for those who had to give a composite exam of Matric or FSc, a Special exam is to occur.  This would mean a delay in the result of HSSC-2, displaying of merit lists and commencement of classes in universities.

If merit list of universities were to display and result for other students announce before the result of the afore-mentioned exam, what is the point for repeaters and improvers in preparing for and giving the Special exam? For repeaters and improvers, a way out is to cancel the Special exam and award 10% or 15% extra marks based on their previous Board’s result. However, to satisfy those students who wish to give a composite exam, occurrence of Special exam and a delay in displaying the merit list of universities is, probably, the only solution.

Lastly, it is very difficult for students falling in the above-mentioned categories to prepare for entry tests of universities and for the Special exam, simultaneously. Nevertheless, there is no other way out. If they want to secure admissions in their desired universities, they must be able to withstand this extra burden.

Concisely, one could not predict such a situation beforehand. Now, when such an unprecedented situation has arisen due to Coronavirus, the focus of all the planning is on causing minimum loss in each field. So should be the planning concerning education and the future of students.