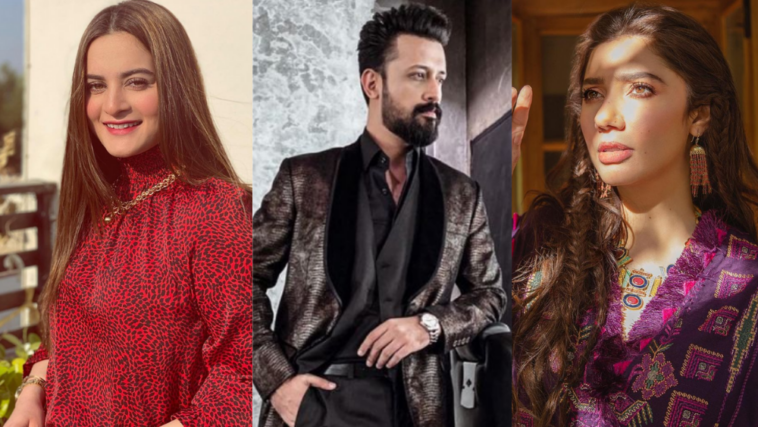 While the list does not seem to follow a particular order Mahira was the first among the trio to be given the honourable mention.

The publication stated that the Raees star “uses her social media presence — nearly seven million Instagram followers and over four million on Facebook — to raise awareness about mental health issues, violence against women and breast cancer”.

Coming to Atif, his musical work amid the Covid-19 pandemic was praised.

“Released in May, his song Asma-ul-Husna recites Allah’s 99 names to encourage hope during the pandemic and has over 22 million views on YouTube. Aslam urged his 20 million Facebook followers to stay home to curb the spread of the coronavirus,” the description read.

Regarding Aiman, the publication lauded her for her work in television.

“With nearly eight million followers, Aiman is the most-followed Pakistani celebrity on Instagram. She and twin sister Minal run the clothing site Aiman Minal Closet, with 249,000 Instagram followers. Last year, she was nominated for Best Actress at Hum Awards for roles in TV shows Ishq Tamasha and Baandi,” the publication wrote.