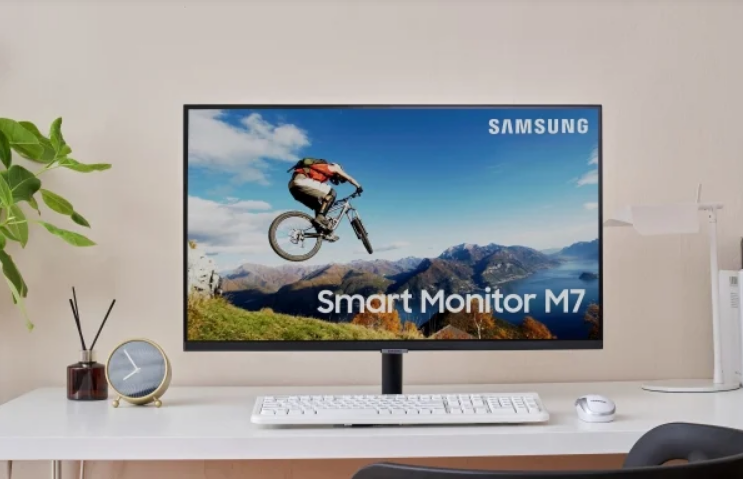 Earlier this week, Samsung Electronics announced that it plans on starting sales of its latest lineup of smart monitors in South Korea. This includes two new models, both of which run the Tizen OS.

The new launch includes the 32 inch UHD M7 smart monitor and the FHD M5 smart monitor, which arrives in either a 27 inch or 32 inch variant. These monitors run Tizen OS and can act as a smart hub and can even offer content without being connected to a computer. Furthermore, these smart monitors can also directly connect to the internet via Wi-Fi and also offers popular streaming services like Netflix, YouTube, and Wave, as per TheElec report.

Other features include support and remote access to Microsoft’s Office 365 cloud service, along with a remote control that supports Bixby voice recognition as well. The new smart monitors arrive with support for Samsung DeX, which allows smartphones to be mirrored on the display, with tap view that allows smartphone screens to be loaded on the monitor. Apple AirPlay 2 is similarly supported as well.

A 65W charger that connects via a USB Type C port powers the M7 model and even offers 10Gbps data transfer speeds. Additional connectivity options include USB 2.0 and Bluetooth 4.2. A notable feature of the new monitors is that both arrive with an adaptive picture and eye saver to protect users’ eye sights. For audio, both models sport 2 channel 5W speakers that are built into the monitor.