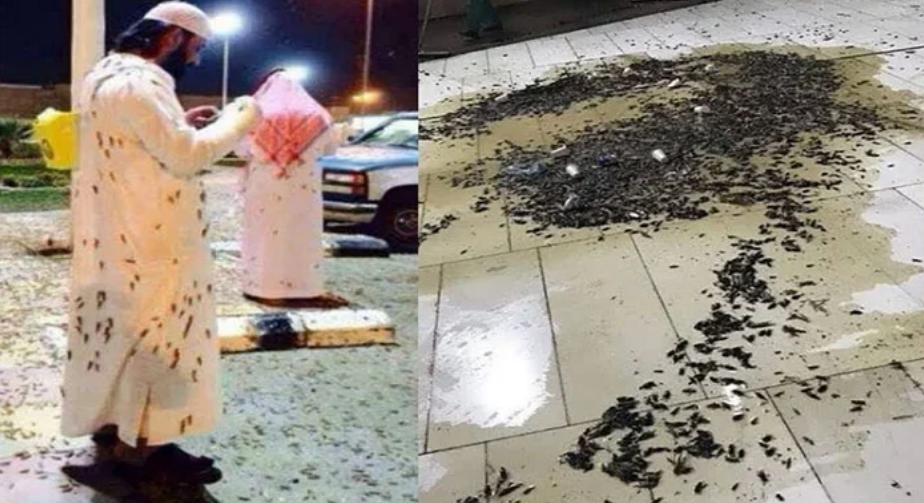 Swarms of desert locusts invaded the holy city of Makkah, while millions of them landed on Makkah Tower’s clock to completely hide it from people’s view.

The Saudi Environment Department took timely action and immediately destroyed the locusts. According to Saudi authorities, locusts have attacked various cities in the Kingdom, and an operation to destroy them via air strikes is currently underway. The insects invadedSaudi Arabia from nearby countries.

The locusts reportedly swept through the centre of Makkah from the north of the city, before being controlled and stopped in the east of the city, Saudi media reported. Locust attacks can be devastating for the agricultural sector as they destroy crops.

The pests have become a threat to the municipality of Makkah over the past few years. Last year, huge swarms attacked the holy city, making the Islamic sanctuary inaccessible while the authorities set out to control them.