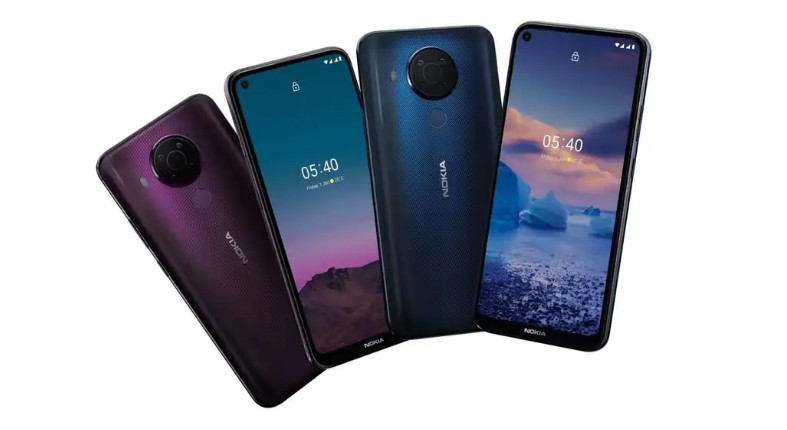 HMD Global today launched a new Nokia smartphone. It’s the Nokia 5.4 that was rumoured for a few weeks now. The launch of Nokia 5.4 comes sooner than expected as it’s only been a few months since its predecessor, Nokia 5.3 made its debut.

Nokia 5.4 has been made official in Europe for a starting price of 189 euros. HMD Global plans to launch the Nokia 5.4 in more markets including Asia, North and South America, Africa, and the Middle East. Nokia 5.4 is also confirmed to launch in India soon.

The smartphone comes in two colour options of Polar Night and Dusk. It has a punch-hole design with a rear fingerprint sensor, and a dedicated Google Assistant button as well.

In terms of specs, Nokia 5.4 features a 6.39-inch HD+ display with a punch-hole design. The smartphone is powered by Qualcomm’s Snapdragon 662 processor. It comes in three variants of 4GB+64GB, 4GB+128GB and 6GB+64GB.

It has a quad-camera setup with a 48-megapixel primary sensor, 5-megapixel ultra wide angle lens, 2-megapixel macro sensor, and a 2-megapixel depth sensor. For selfies, the Nokia 5.4 features a 16-megapixel punch-hole camera.

On the software front, Nokia 5.4 runs Android 10 out-of-the-box. The smartphone is Android 11 ready, and it will receive two Android OS updates. In addition to the rear fingerprint sensor, Nokia 5.4 also supports face unlock. The smartphone packs a 4,000mAh battery with a USB Type-C port for charging up to 10W.